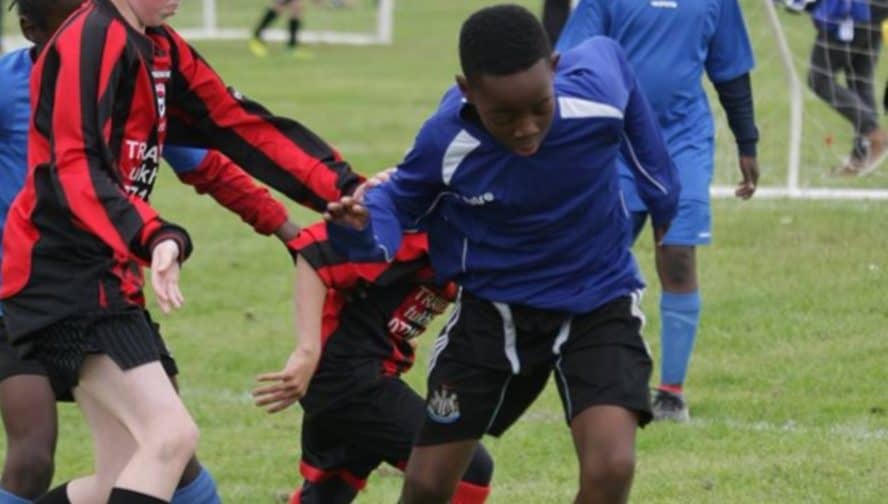 A hat trick from Tashai Pringle sent Brunswick Park School through to the third round of the nine-a-side FA South London Schools Magazine Cup last week.

The Camberwell school overcame their Lambeth rivals and are now seeking to complete a cup double, having won the corresponding seven-a-side tournament in January.

An even first half was followed by an avalanche of Brunswick Park goals in the second. Pringle opened the scoring after his turn and shot from the edge of the area found the net.

Left back Jahziah Linton’s right foot drive doubled the lead before midfield general Rayen Wildman was pushed over in the box and Pringle stepped up to hammer home the penalty.

Pringle got his hat trick when he curled a free kick from inside the centre circle into the top corner to further extend the lead.

With five minutes remaining, Pringle again danced through the defence only for a Loughborough defender to intervene and put the ball into his own net.

Coach Joe Dobson said: “To be honest at half time I thought it was looking like it would go to penalties but credit to the whole team, they all really listened as I said to them that they needed to just keep possession more and stop rushing.

“They did that and they improved 100 per cent in the second half. That’s only the second nine-a-side match they’ve played together so they can only get better. The Loughborough kids were so sporting afterwards, the best attitude I’ve ever seen from a school team.”