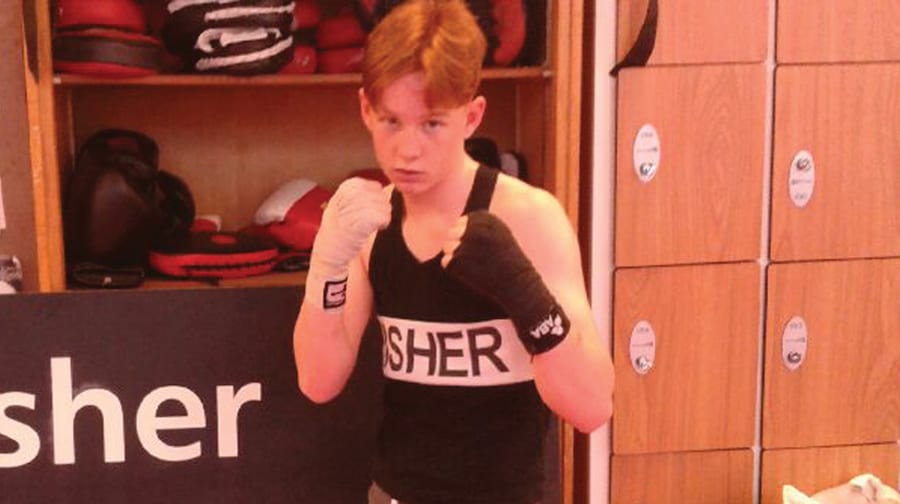 Fisher boxer Michael Burke bagged an England Schoolboy title on Saturday when he defeated Jordan Riding on points in the championship final.

The U54kg Southwark fighter was given the verdict on all the judges’ cards against his opponent from Hull club St Paul’s, and the fourteen-year-old will now go on to represent England in a home nations tournament next week.

Speaking after the win in Sheffield Fisher head coach Steve Hiser said: “The first round was a bit tight but Michael then got on top in the second round by picking his shots. “In the third round he caught him with some lovely shots and he rightly got a unanimous verdict on the judges’ cards.”

He added: “I always told him he was a talented boxer and his record reflects that fact. But he believes in himself now, he is a laid back character but the more he goes on I can only see him getting more and more confident.”

“I think the Schoolboys is one of the hardest ABA titles to win, it is very competitive and you just don’t know who you will be up against week to week.” Three other Fisher boxers were in action at the Peacock Open Air Show last weekend. Paddy Connor, thirteen, picked up his first win on his debut for the club.

Seventeen-year-old Kinisha Ameri also notched a win whilst heavyweight ‘Big Tom’ Magbagbeola, 22, was unlucky to be on the wrong end of a decision. Hiser said: “I have been told by other clubs Tom was unlucky but he along with all the fighters we had out will have a decent future if they put in the work in the gym.”