Cani get any better as Peckham progress 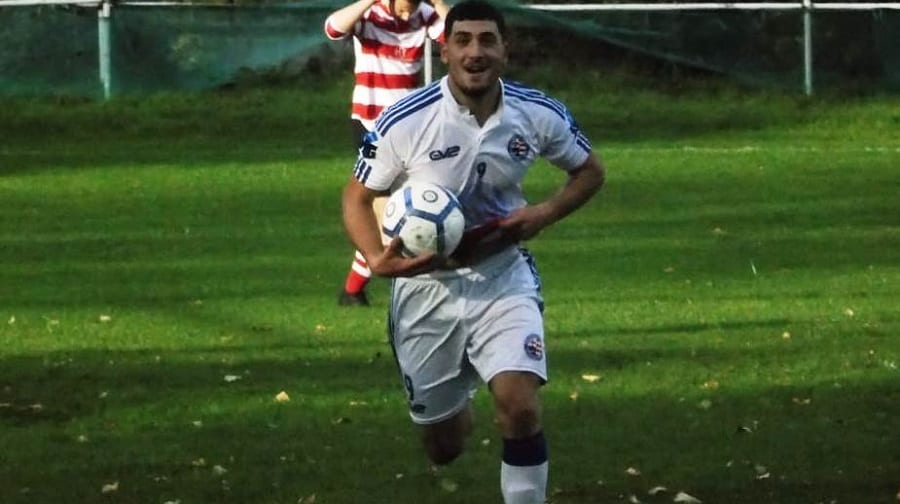 FOUR GOALS from new signing Klajdi Cani ensured safe passage to the next round of the League Cup for Peckham Town last weekend.

A strong second half from the Menace finally saw them overcome Division One side Sydenham Sports for a 5-2 win and progress in the Bill Manklow Inter-Regional Challenge Cup. It was Cani who stole the show, and he has started his Peckham career with seven goals in one substitute and one full appearance for the club.

There was only one goal in the first half, Cani calmly rolling a penalty inside the goalkeeper’s right-hand post and out through a hole in the back of the net to the amusement of the travelling Peckham support. Peckham had already had two prior penalty claims denied by referee Douglas Osborne, and their control of the match wouldn’t be reflected on the scoreboard until the second half.

Cani got in behind the Sydenham defence and looped the ball over the keeper to double the visitors’ advantage, and he restored Peckham’s two-goal cushion with a superb individual effort after the home side had pulled one back with a close-range header.

Kent County League Premier Division side Peckham were frustrated to concede a second goal as a Sydenham corner was glanced inside Larry McArdle’s left-hand post, but a second penalty put the result beyond doubt. Cani’s spot-kick was well saved, but Yaya Barry was rewarded for a typically hard-working performance as he smashed the rebound home.

More exceptional work by Cani added gloss to the scoreline, his fourth goal well-deserved after an outstanding display in which he was a constant problem for the overworked Sydenham defenders.

Peckham Town manager Alan Jacobs was gracious in victory, saying of the hosts: “They were well up for it, they’re a good side.”

Cani was equally magnanimous as he claimed his man-of-the-match award, stressing that the whole team had “showed up for the win”.

Peckham Town founder and chairman Bryan Hall was delighted with the result and the performance, saying, “it was supposed to be a banana skin but we were something special today. Our finishing was class.”

Southwark NewsSportCani get any better as Peckham progress