Its Canterbury City away first 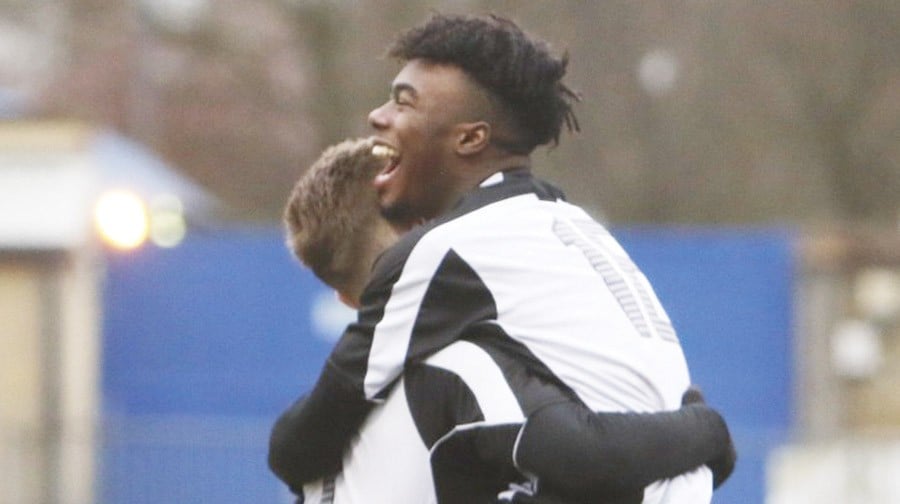 Keanu Williams celebrates his goal for Fisher on Saturday

Fisher play their first fixture of the year away against Canterbury City this Saturday as waterlogged conditions meant their game last weekend against Rochester United was postponed.

The Black and Whites will hope to gain enough points in 2016 to secure survival in the Southern Counties East Football League, as they are just one place above the solitary relegation spot.

However, they do have an eight point buffer over bottom side Holmesdale.

With the Fish set to move into their new ground in Rotherhithe next season they will hope to maintain their current status as a bare minimum.

The rearranged home game, which will be played at Champion Hill, against Rochester Untied will now take place on Saturday January 23.