Charlie lays down the Law

Wincott, fighting in the Class A Under-71kg final, got the unanimous decision against Luke Law from Rose Hill ABC 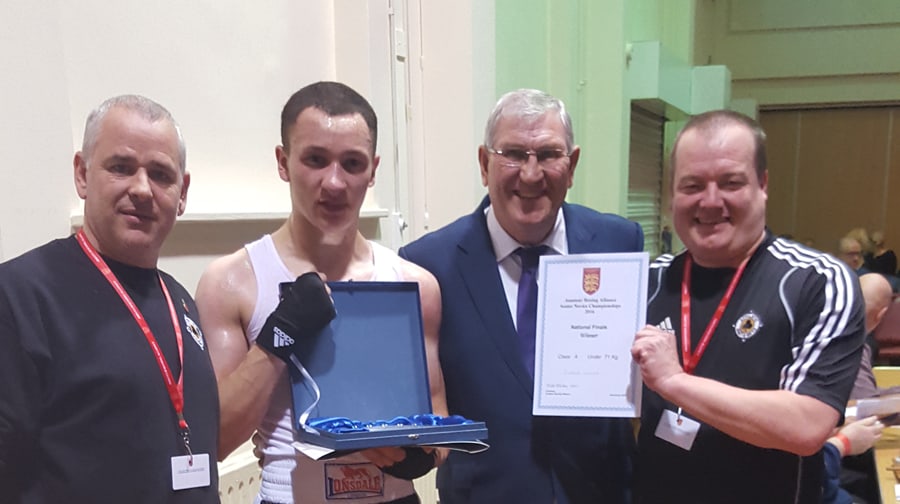 Wincott, fighting in the Class A Under-71kg final, got the unanimous decision against Luke Law from Rose Hill ABC.

His final win capped an intense period of four bouts in as many weeks in the 2016 Amateur Boxing Alliance Senior National Championships.

Lynn coach and club secretary Terry Pearson said: “I am so pleased for Charlie, he has worked so hard turning a losing record into a winning one and picking up a national title.

“He has been such a pleasure to train as he gives 100 per cent in everything he does and that is what has captured him this title.”

There was no luck, however, for Chris Brown in the Class A Under-91kg final against St Alban ABC’s Jamie Smith.

Brown was beaten on points, and Pearson admitted his fighter hadn’t performed to his potential.

“This is an unfortunate loss for Chris and the club as we know Chris has so much in his locker,” Pearson said. “But he did not bring it to the ring on the day.

“He is a very popular member of the club with his peers and coaches alike, and myself and the other coaches will be working with Chris on where we went wrong in this bout so it can be put right in the future.”

Southwark NewsSportCharlie lays down the Law