The Bermondsey fighter was in control before unbeaten opponent's late rally 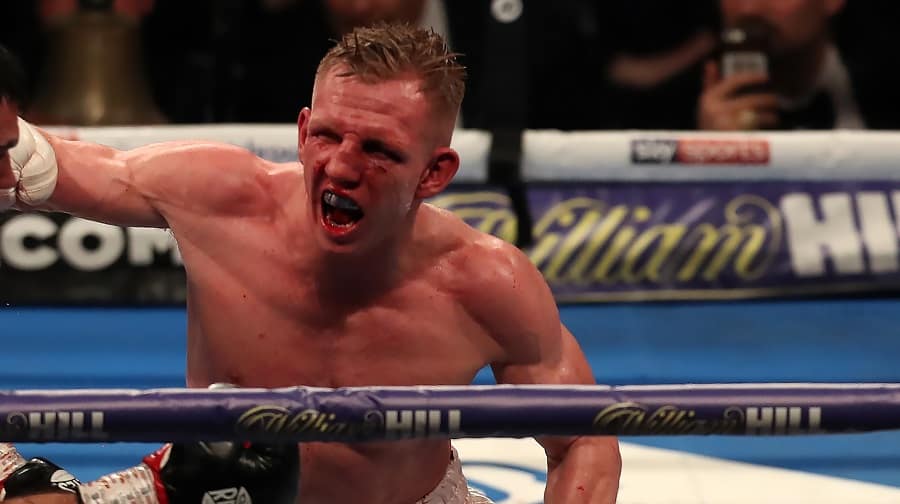 Ted Cheeseman has lost his British title after a unanimous points defeat against Scott Fitzgerald at the Utilita Arena in Newcastle on Saturday night.

Bermondsey’s Cheeseman left the ring in disgust immediately after the decision against Preston’s Fitzgerald, obviously feeling he had done enough to clinch the bout.

Cheeseman, renowned for his aggression in coming forward, had seemed to surprise Fitzgerald with a back-foot approach and good lateral movement that frustrated his unbeaten opponent.

Former Fisher amateur Cheeseman used every inch of the canvas and accurately landed his punches, his left jab in particular putting him in command after seven rounds.

But Fitzgerald didn’t panic and managed to draw Cheeseman into a close-quarters battle.

Cheeseman’s earlier movement, when he was so composed and confident, was markedly slower as Fitzgerald landed body shots and blood poured from his opponent’s nose.

Still, after the final bell, Cheeseman appeared confident that he had done enough for the win following the first defeat of his career against Sergio Garcia in February and June’s draw against Kieron Conway.

Matchroom promoter Eddie Hearn said: “I thought for nine rounds Ted Cheeseman put on a boxing clinic, I thought the fight was over.

“I think Scott Fitzgerald won the last four rounds of the fight, [it was] very close, very close. I wouldn’t fully agree with the scorecards.”

Cheeseman’s professional record now stands at 15-2-1 as he must plot a recovery from the most difficult spell of his career.