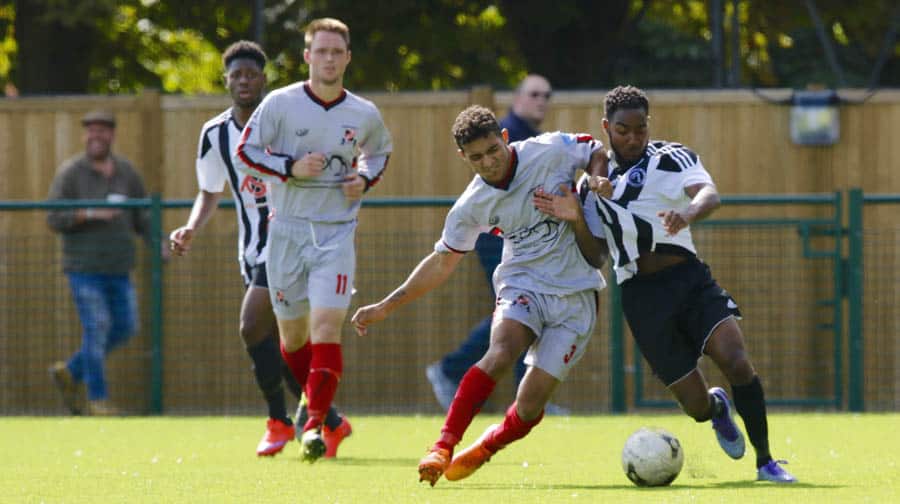 Fisher FC were held to a goalless draw against Rochester United on Saturday as competitive action got under way at the Rotherhithe club’s new home.

After a troubled summer for the Black and Whites, where ground issues led to them not entering the FA Cup or FA Vase, things have finally fell into place for the fans owned outfit as they settle into life at St Paul’s Sports Ground on Salter Road.

A crowd of 180 saw the Fish return to their heartland, after twelve years of tenancy at Champion Hill, the home of Dulwich Hamlet, and whilst there was no goal action the club will have plenty to celebrate.

The club reformed in 2009, as a supporters owned entity, after Fisher Athletic was wound up in the high court. Since then the club have existed on a shoestring budget in the Southern Counties East Football League as they battled to return to their home in the north of Southwark.

The demolition of Athletic’s old home of Surrey Docks Stadium led to the building of the new ground at nearby St Paul’s playing field and the chance to bed down some roots. Fisher will now hope they can build a community club that has enough revenue streams to help the first team move forward on the pitch too.

The Black and Whites are back in action on Saturday when they travel to Bearsted FC, a game that starts at 3pm. For the latest on Fisher visit www.fisherfc.org.