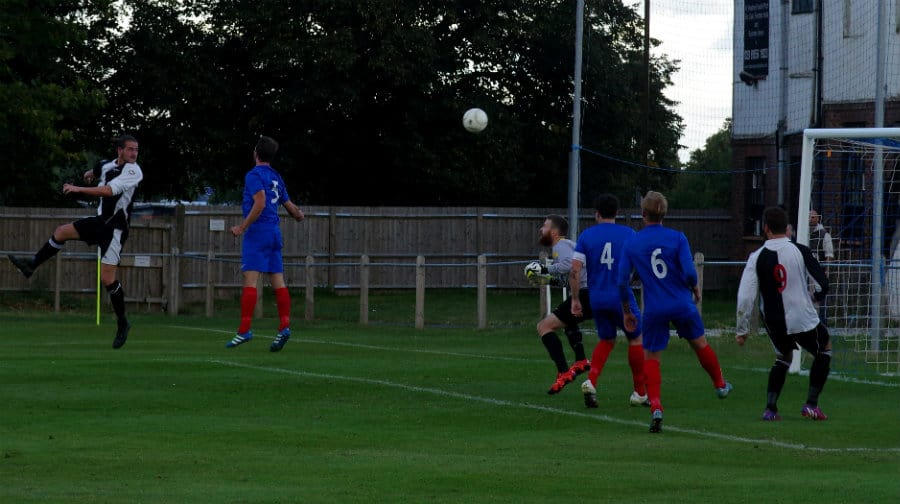 Gamble appeared to have cancelled out a Jordan Johnson penalty, that put Ropes up 3-2, but referee Shane Brown chalked it off for an alleged foul on the Bridon keeper.

Earlier goals from Ignacio Garcia and Matt Dennis for Bridon and Georgie Lowe and Casey Kilillea for Stansfeld had the game heading for a draw before the late drama.

Stansfeld, who currently operate under the Eltham Palace name in the Southern Counties East Football League, boss Lloyd Bradley said: “We were bitterly disappointed with the outcome of the game, there is no way we should have lost, although a draw would probably been a fair result.

“The nature of the defeat is hard to take, as our third goal should definitely have stood, the keeper clearly fumbled the ball and there was no question of him being fouled.”

He added: “I do not like to criticise officials as they have a very tough job to do out there, but that was a very poor decision and it cost us a very valuable point, which my team thoroughly deserved for the effort they put in.”

The Stansfeld side who operate in the Kent County Premier Division played out a hard fought 2-2 draw against Punjab United on Saturday.

Michael Zanelli and Sam Collins  were on target for Stansfeld.

The Reserve team went down 5-0 at away to Chipstead in Division One West of the same league.