Hamlet cruised through to the third qualifying round 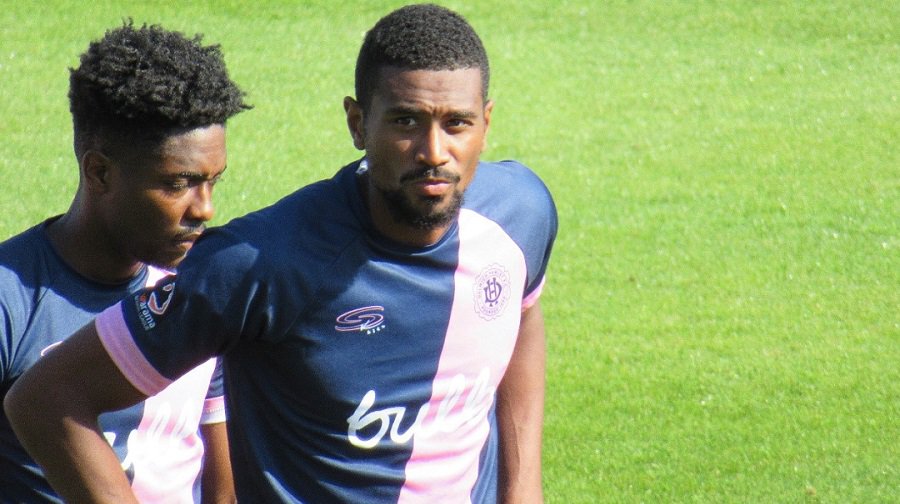 Dulwich Hamlet won for the first time in six games as Gavin Rose’s side demolished Bognor Regis 6-1 in the FA Cup second qualifying round on Saturday.

Striker Danny Mills scored two and set up three in front of a 1,689 crowd on a warm late summer’s afternoon at Champion Hill.

Hamlet struck twice early on, first through Quade Taylor volleying home after Mills knocked down Jeffrey Monkana’s cross in the second minute. Then Nyren Clunis, with the first of his double, finished to the net after a near identical move in the eighth minute.

Bognor didn’t test on-loan goalkeeper Ashley Maynard-Brewer until the 20th minute, striker Jimmy Muitt forcing him to parry away a shot from the edge of the area.

Bognor are managed by Jack Pearce, whose 50 years at the club have seen him work as a player, chairman and manager. He returned in 2017 for a third spell. Former Burnley attacker Robbie Blake is also a coach there. The visitors stuck to Pearce’s philosophy of possession-based football, but their youngsters lacked final-third quality. They could have made more of many cheap free-kicks given away in crossing positions by Connors. Bognor however continually opted for inventive routines.

In the 53rd minute, Mills nodded Connors’ long throw-in back across goal, but a smart save from Portsmouth loanee Petar Durin denied Clunis.

Almost immediately, Durin flapped at Connors’ corner, allowing Mills to extend his neck and head into the empty net to make it 3-0.

A flurry of chances on the hour saw Maynard-Brewer tested by Bradley Lethbridge, from eight yards, and Muitt after tricky footwork on the right-hand corner of the box.

Connors was then caught dwelling in his own box by Muitt, who dragged his shot well wide.

Regis were handed a route back into the game in the 63rd minute, as James Crane made it 3-1 from the penalty spot, sending Hamlet’s Australian keeper the wrong way.

Hamlet extended their lead to 4-1 with 15 minutes left, substitute Aaron Barnes’ whipped cross finished by Mills at the back post.

Substitute Ade Yusuff immediately set up Mills at the back post again, but a poor miss from two yards denied him a hat-trick.

Barnes then provided again, carrying the ball from halfway and playing in Yusuff for Dulwich’s fifth.

And in stoppage-time it was 6-1, Clunis claiming his second as he skipped past Keaton Wood and drove home low from near the penalty spot. Dulwich Hamlet are now through to the FA Cup third qualifying round on Saturday, October 5. The draw was made on Monday afternoon and Rose’s side will face National League South rivals Eastbourne Borough.