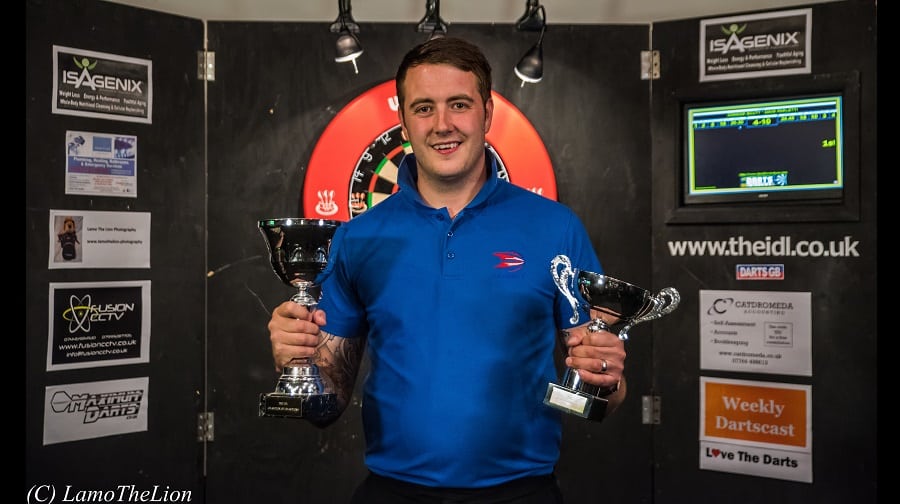 Surrey’s Dave Parletti is the inaugural IDL Champion of Champions after winning through a star-studded field on Sunday at Rileys Victoria to take home the title and the £500 first prize.

The former England international didn’t have it all his own way, finishing runner-up in his group behind Unicorn Next Generation star Connor Scutt, with wins over Jarda Hovorka and Ken Oliver.

This put him in the more difficult side of the draw for the last 32, but he went up a level in the knockout stages, taking out Mark Hulland and Shane Edwards for the loss of just one leg, before beating Scotland’s Matt Wilson 6-2 in the quarter-final.

The best performance came in the semi-final, where he beat PDC Pro Tour player and Brazil’s number one Diogo Portela 8-0.

A rematch with Surrey team-mate Connor Scutt followed in the final, with Parletti prevailing 10-4.