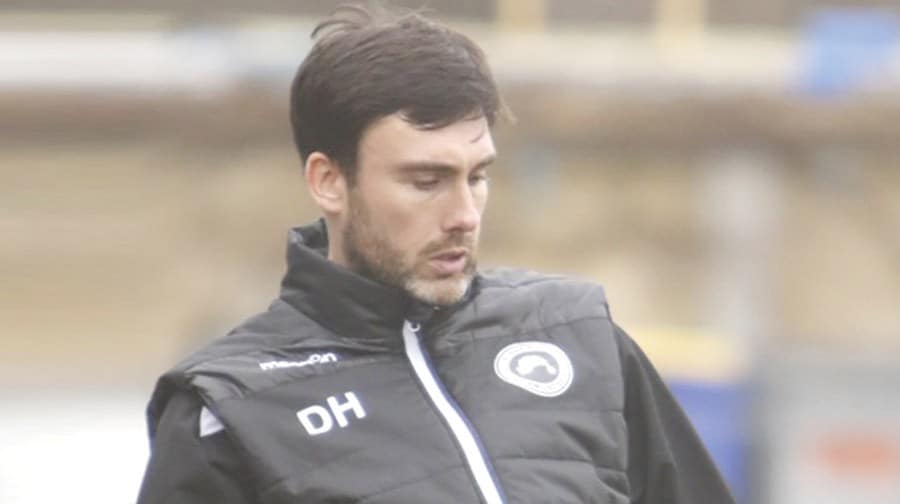 Last week Fisher gave their survival hopes a boost when they defeated basement side Erith Town at Champion Hill.

That win gave the Rotherhithe side a six point cushion over Erith, who sit in the sole relegation slot, but on Saturday that cushion was reduced by a point when Town picked up a point and the Fish fell to defeat.

Including their game two days ago against Rochester United the Black and Whites have seven games remaining this season and Harrison wants the majority of those game to end with victory.

He told the News: “I said before Saturday’s game against Deal Town I wanted four wins from eight games and now I want four from seven. If we get three wins I don’t know if that will be enough but I would want that at the very least.”

Harrison is aware that this will not be easy to achieve, despite improved recent form, as many of the sides Fisher face are at the opposite end of the league to them.

The Fisher manager added: “We have Lingfield away but we also play four of the top seven teams in our run in and I think it is the toughest run in of the teams around us.

“But where we end up is in our hands still and it is down to the players to show how much they want to survive in this league.”

He added: “There is still lots of work to be done this season. The win against Erith Town was not the best performance and in fact we have played better and lost.

“But we were determined and defended really well and worked hard as a team and we got our rewards in that game.

“We came off the pitch battered and bruised as we knew we had been in a game.”