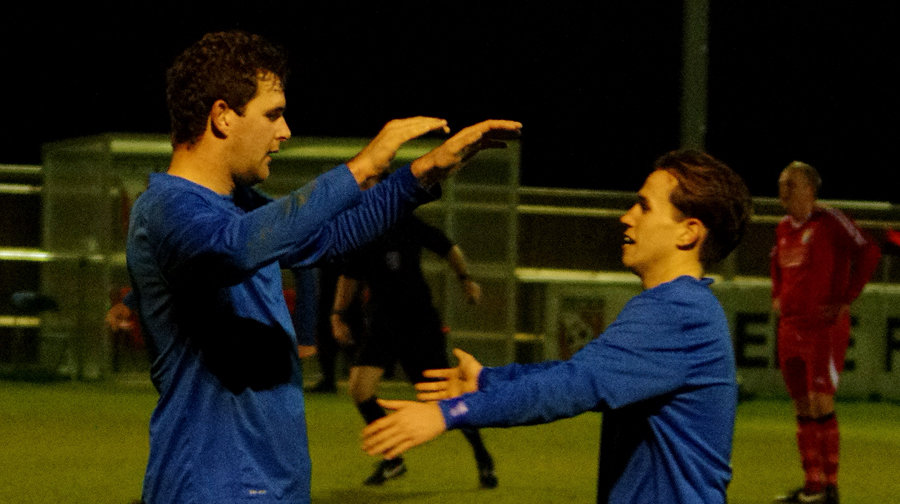 Stansfeld’s year got off to the worst possible start as they were defeated 5-3 by Gravesham Borough.

The loss of six first-team regulars did not help their case – neither did going a goal down after just seven minutes.

Charlie Onslow netted to give the visitors the lead and he added a second on the half-hour mark, albeit in controversial fashion after the linesman had initially flagged for an offside.

Stansfeld were much brighter at the start of the second half, however, with Sam Ryan reducing the deficit in the 55th minute. They were back on level terms on 67 minutes when Ryan Hassan scored his fifth goal in four game, too.

Thirteen minutes from time, a back-pass from Harry Fox came up short, allowing Gravesham’s Charlie Norcutt the simple task of skipping round stranded goalkeeper James Bradley, to roll the ball into an empty net to restore the lead.

Things got worse for Stansfeld just two minutes later, when Bradley conceded a penalty and received his marching orders for a second yellow card. Fortunately for the goalkeeper, stand-in ‘keeper Harry Gamble made a double save from the resulting spot-kick.

Ten-man Stansfeld rallied and in the 81st minute, Ryan levelled the scores again.

However, they could not hold out as first Matt Atkins and then Lee Garlinge grabbed the points with a goal-a-piece in the last five minutes.

Stansfeld’s next fixture is away to Meridian VP in SCEFL Division 1 on Saturday 14th January. Kick-off is at 3pm.

Meanwhile, the ‘A’ team drew 1-1 at home to Old Roan. Nathan Faher scored the Stansfeld goal.