The little champs were led to victory by captain, Joe Ryan 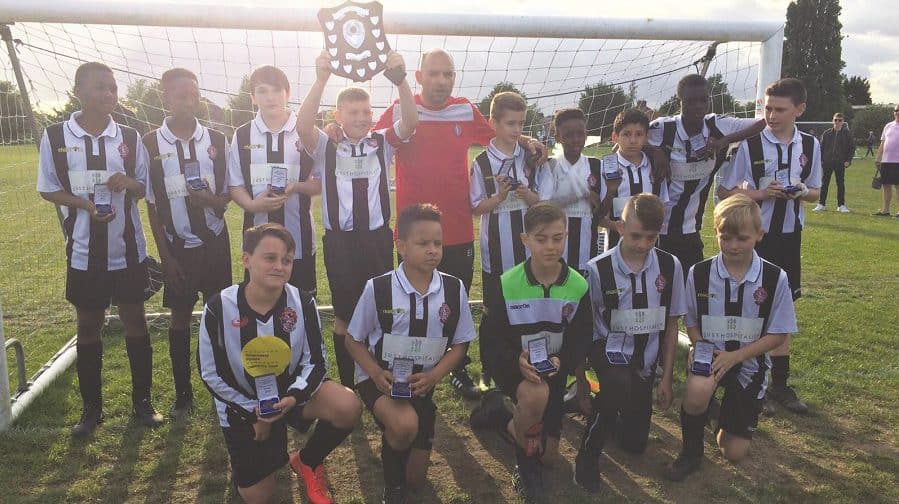 Docklands under-12s have added the Shield Cup to their league success this season, after beating Dartford FC 3-1 in the final last weekend,

Two goals from Bjorn Thomas – which took his total to the season to 50 in all competitions – and another from Frankie Lane ensured Docklands completed the double to round off their season in style.

The youngsters were led to the trophy by captain, Joe Ryan.