Docklands followed their wins with a trip to The Den as guests of Millwall. 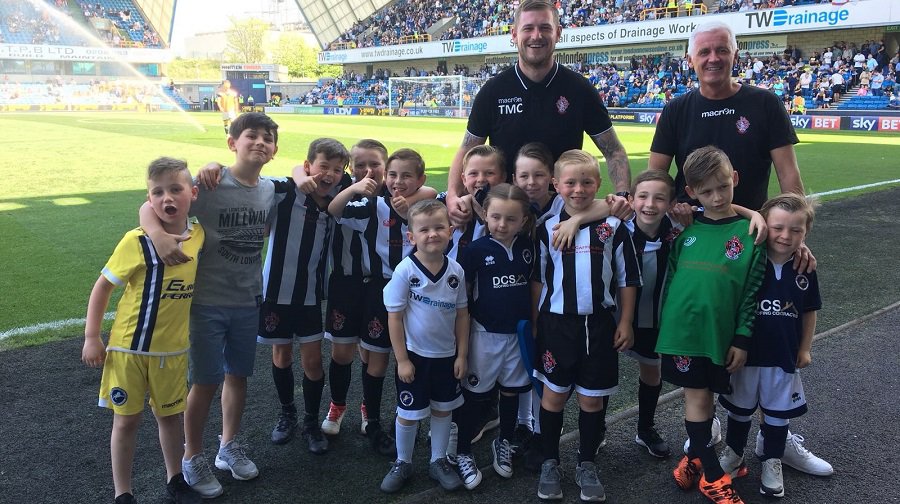 The Docks at Millwall's Den for the last game of the season last Sunday against Aston Villa.

The youngsters started slowly against a strong Dulwich side and found themselves 1-0 down early on.

Docklands carried on pressing and thanks to a strong performance all round came out 5-1 winners with goals from Ethan Maxwell, Tyler Andrews, Frankie Belcher and a Lenny Davis brace.

They picked up where they left off in the second game and defensively stayed strong as they piled on the pressure to get a 4-0 win. Maxwell, Davis, Henry Toomey and Harry Edney were on target.

That win leaves Docklands in pole position for a promotion chase. Since Christmas, they have won fifteen, drawn four and lost three ending with a goal difference of plus-33.

Manager Tommy McCloud said: “I’ve been very impressed with the amount they have come on and developed as a team, at the end of the season they have been in great form.

The Docks then got to lead the Millwall players out to beat Aston Villa in the Championship last Sunday.