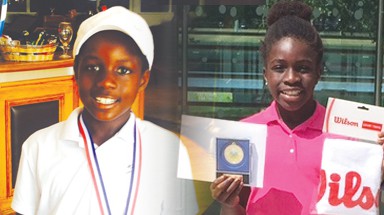 The older sibling came out on top in the final held at the National Tennis Centre in the Girls under twelve category.

Mukthar Andu, ten, also continued his impressive run of form by winning the BA Imperial College under fourteen competition, dropping only two games, as well as the same age group section in a tournament held at VA Croydon where he lost just eight games in four matches.

Michael Mhangami competed at a Tennis Europe under fourteen event in Edinburgh having to battle through a series of qualifiers to reach the main draw. In the first round he defeated the number two seed and followed this up with a second win before eventually losing out in the Quarter Finals.

Over 100 competitors are competing in junior and senior events. The Finals day is this Saturday, starting at 10am, and the event is open to the public to watch. There are tennis holiday camps at Tanner Street Park, Colombo Centre and Burgess Park over the summer holidays, for details visit www.beactive.london. 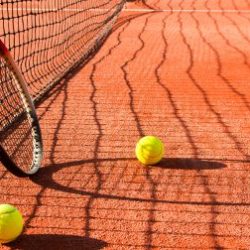