“One of many fantastic employment and skills projects funded by London’s share of the England European Social Fund programme." 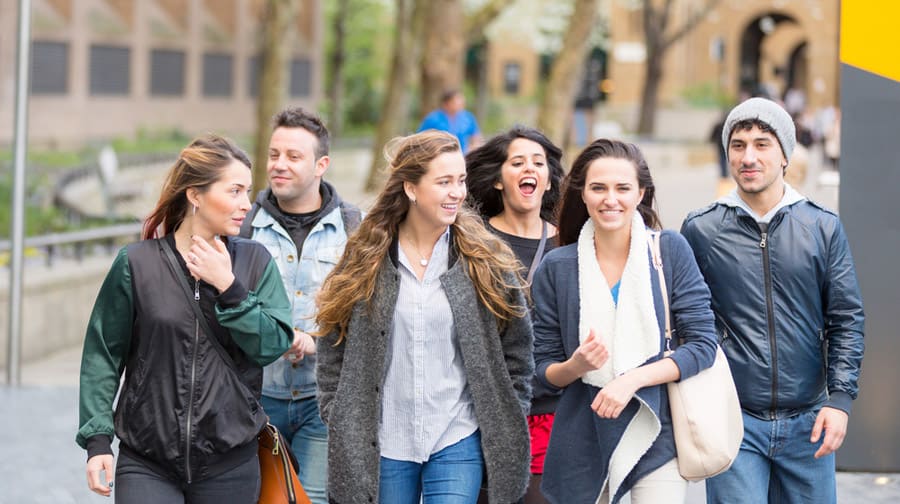 Group of friends walking and having fun together in London. They are four girls and two boys in their twenties, friendship and lifestyle concepts, autumn clothing

YOUNG SOUTHWARK people are among those set to benefit from an employment programme led by the charity of double Olympic gold medallist Dame Kelly Holmes.

Over 250 young people facing disadvantage in the capital will be mentored by Olympic and Paralympic athletes and they will have work experience opportunities at 50 London businesses.

The eight-month programme will initially support young people in Southwark, Lewisham, Greenwich, Bexley and Bromley, with the aim of delivering long-term employment for some of the capital’s most disadvantaged young people.

The programme, called ‘Getting Back on Track’, is being delivered in partnership with Vi-Ability, London South East Colleges, Shooters Hill College and Lewisham Southwark College, with funding provided by Greater London Authority through the European Social Fund.

Speaking at its launch at City Hall on Tuesday, October 31, Dame Kelly said: “We believe as a charity that every young person – no matter what their background or current circumstances – has the potential to lead a positive life, which includes being able to enjoy career success.

“One of the biggest things we hear from industry is that young people arrive with a lack of soft skills, which leads to challenges with performance and retention. Our trained athlete mentors have the proven ability to unlock the attitudes and behaviours needed to be successful in the workplace, which includes traits such as confidence, motivation, determination and resilience. “Employers who recruit from our programmes are consistently impressed by their talent and focus, despite not always having the best start in life.

Most importantly, our young people find themselves being given opportunities and progression that they might once never have thought possible.” Deputy Mayor of London Joanne McCartney AM added: “Deciding whether to continue with education at the age of sixteen can be a difficult decision, and we know that many students are unsure about which path to take.

All young people deserve the chance for a bright future, and the ‘Getting Back on Track’ partnership provides a new way of working which will equip them with vital employment skills and opportunities, should they decide college is not for them. “This is one of many fantastic employment and skills projects funded by London’s share of the England European Social Fund programme.

It hasn’t been confirmed whether any new funding will take its place after Brexit, and I urge Government to take steps to ensure there is no gap in support to the young Londoners who need it most.” Founder and Chair of Vi-Ability, Kelly Davies, hopes the scheme will make a “real difference”.

She said: “We’re delighted to be partnering with the Dame Kelly Holmes Trust to deliver ‘Getting Back on Track’ which sees some of the best elements of our award-winning ‘Run the Club’ programme being combined with Dame Kelly Holmes Trust’s ‘Get on Track’ programme. “Through ‘Getting Back on Track’ we’re hoping to make a real difference to young people’s lives and I’m really looking forward to seeing how it develops.”