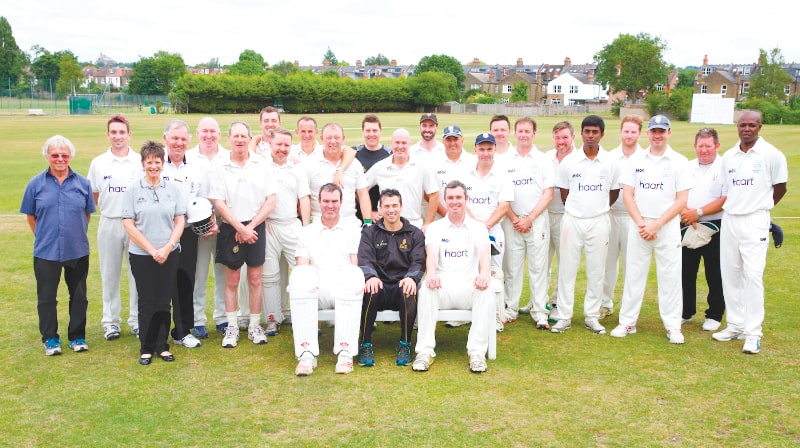 Last Wednesday two teams from Sydney Cricket Club and Ground (SCG) came to Southwark to take on Dulwich teams, and mirroring the main Ashes show both sides picked up a win each over two games.

Dulwich squared up to the SCG’s over 40 and over 50 sides with Dulwich posted 276-9 in 40 overs against the younger of the two visiting Aussie outfits. Gareth Cornick made 75 and Sean Keaton 53 in that total and SCG made 228-9 in reply to give Dulwich a 48 run victory.

John Blennderhasset hit an unbeaten 60 for the other Dulwich side but the Aussies had the better of that encounter, winning by 53 runs defending 198. A club spokesman said: “It was a great honour for our club to play against a team from such an illustrious venue.

“The touring party comprises experienced players some of whom have played State and International cricket down under.”

He added: “We were delighted to also welcome Sharief Ibrahim from our sponsor haart who presented SCG over 40’s skipper Richard Burton with the Man of the Match award.” In their Ryman Surrey Championship game against Division two leaders Walton on Thames last weekend Dulwich’s first eleven were thoroughly outplayed and fell to a nine wicket defeat.

Batting first the Southwark side posted a modest total of 129, with Naeem Iqbal top scoring with 31, and in reply Walton reached their victory target in 28 overs with the loss of a solitary wicket.