After a 2-0 defeat at Staines Town, Dulwich Hamlet picked up an important point at Needham Market last weekend, drawing 1-1. 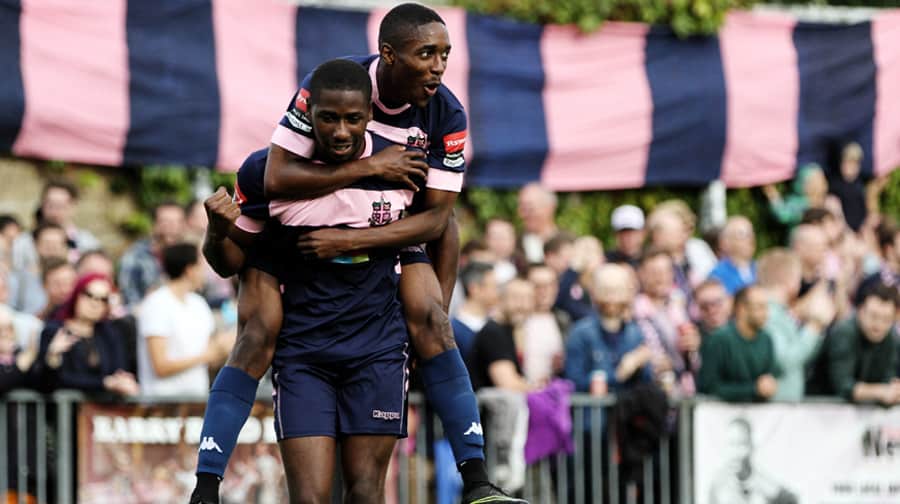 Marc Weatherstone and Ibra Sekajja were restored to the starting line-up following the loss and Hamlet started the brighter, almost taking the lead in just the fourth minute.

Nyren Clunis’ run down the line allowed him to chip a cross into the Needham box that evaded the goalkeeper, but unfortunately for the away side, clipped the bar and bounced to safety.

In complete control of the game, Clunis once more and Vas Karagiannis went close for Dulwich, but they could not find a way past the hosts’ back-line.

Needham’s goalkeeper was in inspired form to keep the scores level going into the half-time break, saving a Dumebi-Dumaka effort.

The second half begun with Dulwich continuing to force the initiative and they finally took the lead in the 62nd minute.

An Ashley Carew corner failed to be cleared and with Weatherstone’s cross falling to Dumebi-Dumaka, the striker slotted home to make it 1-0.

However, the lead was just to last just seven minutes, as Jack Curtis’ shot found its way past Preston Edwards, levelling the scores.

Hamlet kept probing, but could not find a deserved winner, instead having to settle for a point.