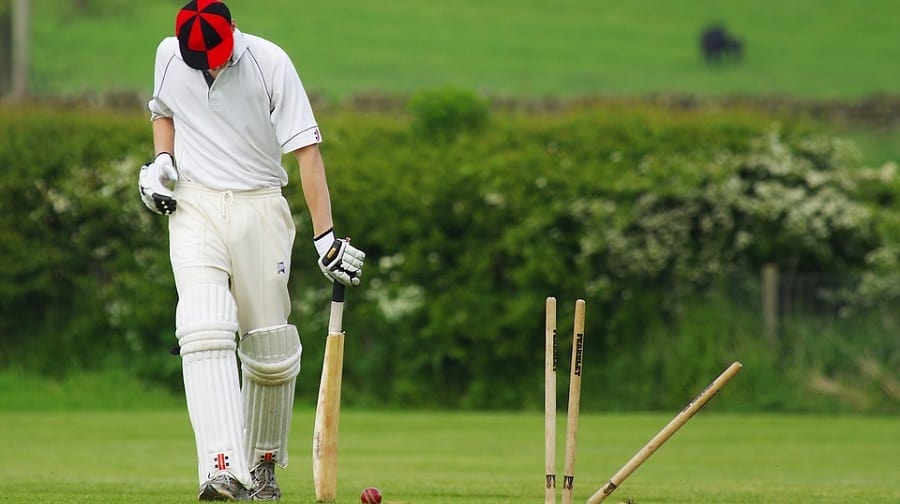 Dulwich chose to take first use of a good batting pitch, and the two Eds, Stolle and Towner, started comfortably against a teenage opening attack comprising Nicky Wilson and former Dulwich colt Isaac Shaw. The pair had added 34 in 8.2 overs when Towner was caught behind off Wilson for thirteen.

This brought in Sam Ellison, who played aggressively from the start, putting on 104 with his captain for the second wicket in seventeen overs before falling for 58, his maiden half century for the first team, off 56 balls.

Matt Marfani helped Stolle add 38 in eight overs for the third wicket before the skipper fell for 82, scored off 104 balls. This was the highest score by any Dulwich batsman this season.

Jonno Evans thus came in with the score on 176-3 in the 34th over, and needed just 35 balls to become the third Dulwich batsman to pass 50, hitting three sixes off successive balls en route.

The fourth wicket pair added 80 in ten overs before Marfani was bowled by Shaw for 37. Evans followed in the next over, caught off Wilson for 59, his highest score for the club, off 45 balls. Two more wickets fell to Wilson as the batsmen sought to push the score along, but an unbeaten 33 off 19 balls by Jon Lodwick saw Dulwich to their imposing total. Wilson, with 4-41 off ten overs, was the only bowler to emerge with any credit.

The Sanderstead reply was launched by Shareef Hassan and keeper Sam Owen, who took advantage of the fielding restrictions to race to 81 in just eleven overs. But the twelfth over saw two wickets fall, as Patrick George had Hassan well caught by Towner at long off for 38 and followed up three balls later by having Tyler Ward caught behind for a golden duck. Owen continued to push the score along before also falling to a stunning catch by Towner off George for 69, scored off just 49 balls.

At 117-3 off 17.4 overs Sanderstead were well up with the rate, but tight bowling by George, Salaar Waqar and Ellison pegged them back. Ellison’s ten-over spell, broken only by a change of ends, saw him beat the bat frequently without any reward. He conceded just 30 runs, the most economical figures of the match.

George Jackson and Johann Branch took nine overs to add 24 for the fourth wicket before Lodwick returned to bowl Branch, who had taken 38 balls for his eleven. Jackson and Giles Owen had added just seventeen runs in eight overs for the fifth wicket when the latter was bowled by Waqar, having scored six singles off 24 balls. The off spinner also bowled tightly, conceding just 24 runs off his first nine overs before a rare display of aggression saw him hit for ten in the tenth.

With victory out of range and nothing to play for but bonus points, the sixth wicket pair took the score to 180 after 39 overs. At this point Kamran Munawar was reintroduced to the attack. He proceeded to take a wicket in each of his first three overs, all caught in the outfield, with Towner picking up two of them to take his tally to four. The last of these wickets was Jackson, who had faced 79 balls for a 42 containing 30 singles.

Munawar’s fourth over finished off the match as he took the last two wickets in four balls, both bowled. After conceding 27 runs in four overs at the start of the innings, he had taken five wickets for fourteen runs in his second spell to finish with 5-41 off 7.4. Sanderstead were all out for 206 with 4.2 overs remaining.

Dulwich remain in eighth place in the table, five points behind Kingstonian and seven above Old Whitgiftians, whom they visit this weekend. This will be a crucial match for both sides. Victory should ensure Dulwich’s survival, while defeat would leave them teetering on the brink.

They will be hoping to produce another convincing display like this one.