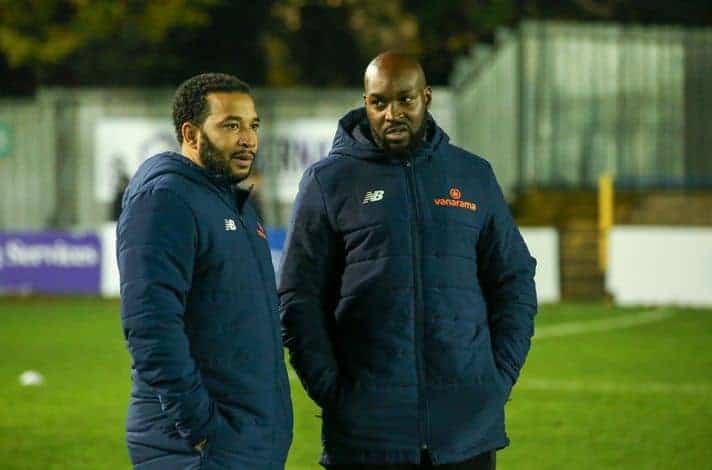 Dulwich Hamlet’s stuttering form continued as they drew 1-1 away to Dartford last weekend.

Gavin Rose’s side led for almost an hour at Princes Park through Tyrone Sterling’s goal in the thirteenth minute but the hosts claimed a point when Jake Robinson equalised with eighteen minutes left.

Dartford could have gone in front early on when Kalvin Kalala picked out Jack Jebb at the far post but his header was cleared off the line.

Hamlet opened the scoring from a corner when Quade Taylor met Gio McGregor’s delivery to head across the six-yard box for Sterling to swivel and fire home.

Dulwich were dealt a blow when Deon Moore pulled his hamstring and was replaced with Reise Allassani.

The Hamlet continued to press as Chike Kandi pulled the ball back for McGregor who shot over.

In the 38th minute, Noor Husin latched on to a clearance 25 yards out but fired wide of the post.

Dartford went much more direct after half-time and in the 55th minute Kalala volleyed wide.

The Hamlet were a threat on the break and goalkeeper Dan Wilks had to stretch to tip Andre Blackman’s attempt over the bar, before Taylor headed wide from the corner.

Charlie Grainger kept his side in front when he saved Ade Azeez’s header in the 60th minute before at the other end Wilks denied Allassani.

The Darts then got a break when Allassani appeared to be fouled on the edge of the box by Josh Clarke, but play was waved on, the hosts countered and former Brighton striker Robinson made it 1-1 after Grainger had saved the initial effort.

Dartford were then presented with the chance to take the lead in the 79th minute when Grainger spilled the ball, only for defender Connor Essam to scuff wide.

Wilks made an excellent save to keep out McGregor’s deflected shot with six minutes left as the sides had to settle for a point.

The Hamlet have slipped to seventh in the National League South table, but have games in hand on all the sides above them.

Rose’s side are back at Champion Hill on Tuesday, January 18 when they take on third-place Dorking Wanderers.