'Had that vote gone the other way this week, I’d be telling you that the club is out of business' 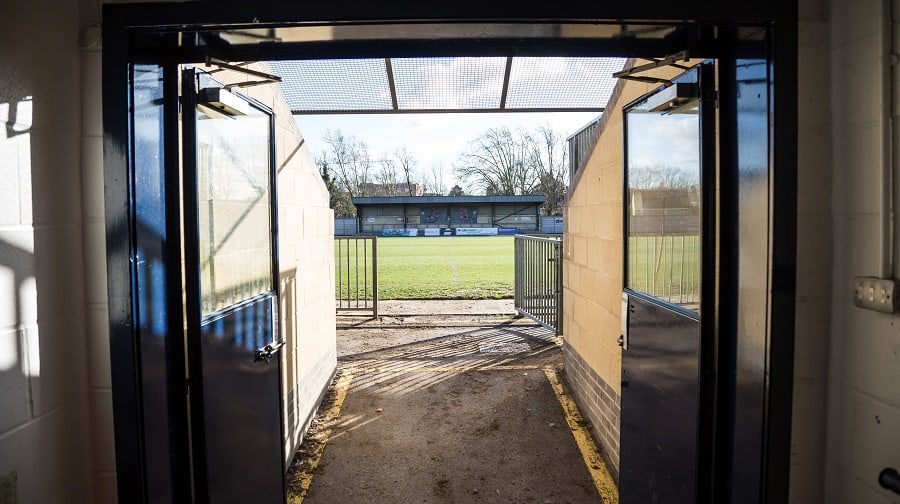 Dulwich Hamlet was on the verge of extinction last week. But the National League’s announcement that the 2019-20 season is over, and a scramble for funding, has saved the club’s future.

Dulwich’s chairman, Ben Clasper, said the decision whether to cancel the remaining fixtures was a clear case of common good versus self-interest. Merely postponing the end of the season would have forced clubs to keep incurring their costs, without any income.

Player contracts last until the end of the season. So, extending the season would essentially mean extending contracts in the knowledge that clubs may not have the revenue to pay them, forcing clubs to choose between going bust and failing to pay their players.

To those who argue that the season could be resumed soon behind closed doors – this would incur all the costs of hosting a game without any of the gate or bar income. Premier League clubs’ fall in ticket money may be cushioned by TV and commercial income, but for non-league clubs, postponing the end of the season would likely have been fatal for some. Clasper said: “We see it as a two-step process: first, you’ve got to save the clubs; then, you can argue for as long as you like about who goes up or down.”

And yet, self-interest prevailed among certain clubs who felt that, through the remaining fixtures being cancelled, they had lost out on a shot at promotion. Clasper said as many as thirteen clubs in the fifth division wanted to postpone for this reason, leading to some “frank exchanges”. He pointed out the irony of the clubs in question claiming to vote for the good of the National League, when in fact their only interest is escaping to the Football League.

Thankfully, more than 90 per cent of clubs over the entire National League voted for the season to be ended. The National League chief executive, Michael Tattersall, said: “The cancellation of the remaining normal season matches brings a degree of certainty to our clubs coping with the business implications of the virus.”

Even with that hurdle overcome, the questions remain how the Hamlet have covered their costs this past month, and how they will sustain themselves until whenever it’s safe to play again.

Clasper said the suspension of football in March turned the club’s financial forecast from £100,000 in the black to £200,000 in the red, causing a scramble for cash. They relied on the government’s ‘time-to-pay’ system, allowing bills to be deferred, and the job retention scheme.

“The government support really went to the heart of the problem that the clubs were facing – not wanting to lay people off whilst not wanting to go under. It covered roughly half of the deficit we had,” Clasper said.

In addition, the club wrote to businesses it owed for the final month of the season – immediately paying sole traders who needed it most, and promising larger companies, who have been sympathetic, that they will be paid in full at a later date. Clasper added: “I’ve got a plan where they will all be paid reasonably quickly, and much quicker than I initially thought.”

Southwark council helped the club secure local funding, and Crystal Palace, whose under-23s side use the Hamlet’s pitch, made it clear they will provide support if need be. Clasper also pointed out that the club runs a tight ship, meaning there were no long-term debts hanging over it when the crisis struck. All these piecemeal gains have chipped away at the £200,000 deficit and now the club’s forecast is back in the black. “We’ve finally done it,” a relieved Clasper said.

Looking forward, he gave assurance that so long as clubs can pay their debts, as Hamlet are, their overheads can be trimmed down to match a very quiet turnover period, essentially placing the club in hibernation. “The well-managed clubs won’t be too affected by a long shutdown, because we have nothing to sustain.”

However, a long-term lockdown would be devastating for players. Clasper continued: “They want to be playing as part of a team, but they’re stuck in isolation. They’re used to being active every day, but now they can’t go out. Not to mention the uncertainty over their future”. National League players are signed on annual contracts, so if next season begins as normal in August, their playing schedule will have been unaffected by the virus. But, if the game doesn’t return for months, as is plausible, footballers could be left in the lurch.

In the absence of football, Dulwich has offered its stadium at Champion Hill to King’s College Hospital for use. The hospital asked for help from local facilities for accommodation, storage and parking, although it has yet to take up the club’s offer. Clasper said: “They know it’s there if they need it, and let’s pray they don’t because that’d be a good sign that they can manage.”

The question left unexplained by last week’s cancellation of the season’s remaining fixtures is precisely how final positions will be decided, including promotion and relegation. The National League has written to clubs inviting them to vote on whether to go ahead with the regular play-offs to decide promotion. After that, the National League board will have to decide how to allocate the final positions, if at all. The options appear to be: void the entire season, take clubs’ current league placings as final, or calculate them based on a formula. The deadline for votes was Friday (May 1) lunchtime.

Barrow were four points clear at the top of the National League when the season was suspended, so unsurprisingly they oppose voiding the season altogether: “Anything other than us being promoted would be harsh,” Bluebirds boss Ian Evatt told BBC Radio 5 Live. “We were top for more or less five months and no one has really got within punching distance.”

There is a range of options for those opposed to voiding the season. Taking the average points per game of each team has been suggested, but it doesn’t consider the strength or weakness of the sides a club has played or is yet to meet. The same problem undermines the idea of counting every remaining fixture as a goalless draw. To resolve the issue, counting only the first fixture of each tie has been mooted – but this discounts progress made by sides who have improved since Christmas, and doesn’t account for sides who played more away games than home games during the first half of the season.

Dulwich lie sixteenth in the National League South – far from promotion but also safe from relegation if that is their final position. Clasper said: “I personally don’t have a preference, but I think all the options involving calculations are bad.” He pointed out that had last season’s National League been called off at the same time, the wrong champions would have been crowned, with the wrong clubs in the play-offs and the wrong clubs relegated. “I’m not a fan of void but it should be the default position…people keep using stupid phrases like ‘reward’ (that clubs should be rewarded for their league position even though the season wasn’t completed). There’s no such thing, it’s just a terrible situation for everyone. Every club that gets ‘rewarded’ with a promotion comes at the expense of another club who is relegated undeservedly.” A decision is expected early next week.

Clasper underlined that a selflessness shared by most clubs was what saved Dulwich Hamlet from financial ruin. “People shouldn’t underestimate the importance of making the right decisions. Had that vote gone the other way this week, I’d be telling you that the club is out of business.

“It’s really important that people stop thinking about what they might have missed out on in this crisis, and focus on making decisions for the greater good. There are plenty of people who are reconciled with that, but there are always a few, and they tend to be very vociferous, that can’t come to terms with it.

“I think this vote has shown that if you can quietly outnumber those people you do come to a decision that’s going to be for the longer-term benefit of everyone. So that’s why we’re able to give you this positive news – because together the clubs made the right decision.”