It was Non League Day on Saturday during the international break 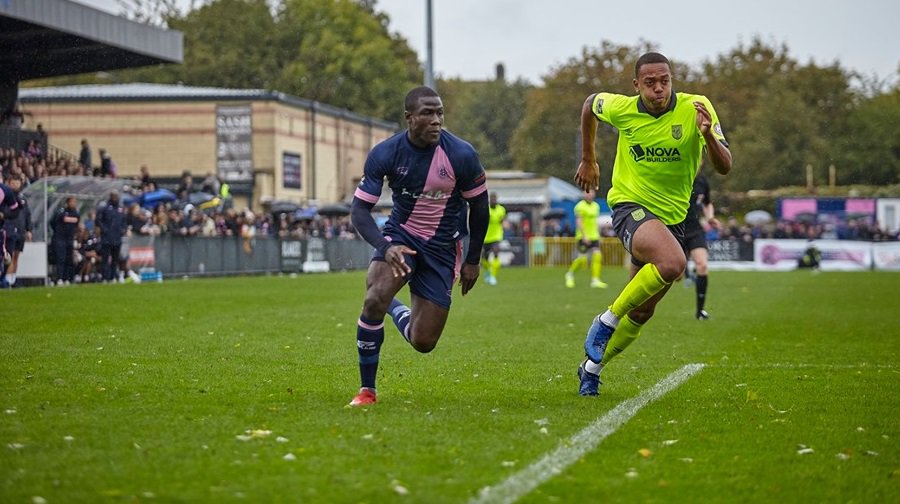 The Hamlet had to settle for a point against Weymouth. Photo: Ollie Jarman

Smith scored in the 56th minute after goals either side of the break from Lionel Ainsworth and Yemi Odubade had given the visitors the lead following Connor Hunte’s 21st-minute opener.

Gavin Rose’s side pressed for a second and Ward denied Jack Connors from Dominic Vose’s pass before Weymouth equalised five minutes before half-time as Ainsworth fired a volley past Grainger.

The Hamlet were behind just four minutes after half-time. Grainger brought down Ben Thomson in the box and Odubade converted the penalty.

Yusuff headed over in the 54th minute but the hosts equalised when Smith volleyed in Vose’s cross.

Ward then produced a superb save to deny Vose and Dulwich had one more chance to snatch the three points but Connors volleyed wide from Aaron Barnes’s cross.

The point leaves the Hamlet fourteenth in National League South, six points off the play-off places.