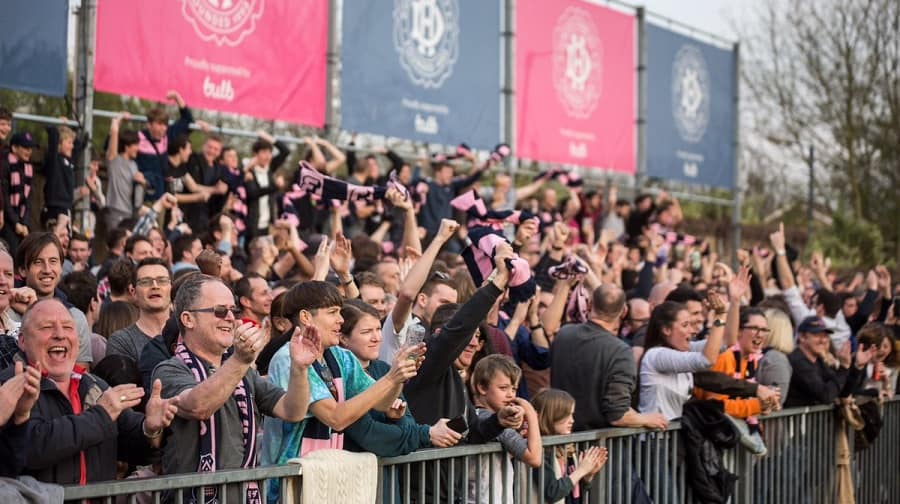 Dulwich Hamlet say they have been charged by the National League for failing to fulfill fixtures – despite the governing body insisting in a statement that no “sanctions” have been issued to clubs.

The Hamlet released a statement earlier this month in which they said they would not put the “long-term future of the 128-year-old club at risk” by incurring costs to fulfill fixtures, and also potentially put staff and players at risk of contracting Covid-19.

Dulwich chairman Ben Clasper told the News last week that he was not prepared to see the club go into debt to finish the season with no fans and therefore without their main source of income, blasting the league for “failing” to come up with a satisfactory resolution.

Gavin Rose’s side haven’t played a game since January 16 – their only match since December 28. There have been postponements due to positive Covid-19 tests in their squad and in others’.

There has also been the controversial issue of the bailout. The Hamlet were not happy that funds were not distributed based on historical average gates, which meant some clubs received more money than they would normally budget for.

And with government funding seemingly drying up, clubs are being asked to take out loans to cover costs to complete the season, something Dulwich are naturally unwilling to do.

The League attempted to address the issue of non-fulfillment of fixtures. In a statement they said: “Many things have been written regarding charges recently raised in connection for non-fulfilment of fixtures under League Rules.

“It may be helpful to explain that this process is merely a mechanism for the League to deal with each of the occasions for non-fulfilment. No fines or sanctions have been raised or recommended and this will be considered at the next stage.

“An Independent Panel will be appointed to hear each case and it will be at this stage the issue of “just cause” as outlined in the rule will be objectively assessed in each case based on the evidence before them.

“In the interest of fairness of all parties, the cases will not be heard until such time as the outcome of the resolutions are known.

“It is important that the framework in place is followed in a consistent manner in all cases and Clubs are able to make their representations appropriately and fairly.

“The League will not make any comment during the process on individual cases in fairness to all Clubs but will issue the outcomes and reasons for the decisions following their conclusions.

“Should Clubs remain unsatisfied with the outcome they will also all have the opportunity to appeal the decision directly to The Football Association which will be heard by a further Independent Panel in line with The FA Rules and Regulations.”

Dulwich responded directly to the League on Twitter: “For sake of clarity: We’ve still been charged.

“Despite the statement [above].

“Surely the right thing to have done was to forgo formality and not send dozens of clubs threats.

“Today’s climb-down doesn’t mean we’re not in the same position as yesterday.”

The News understands that Dulwich have asked the League about punishments for breaching the rules – which could be fines, a points deduction or even expulsion – but as of Monday had yet to receive a response.