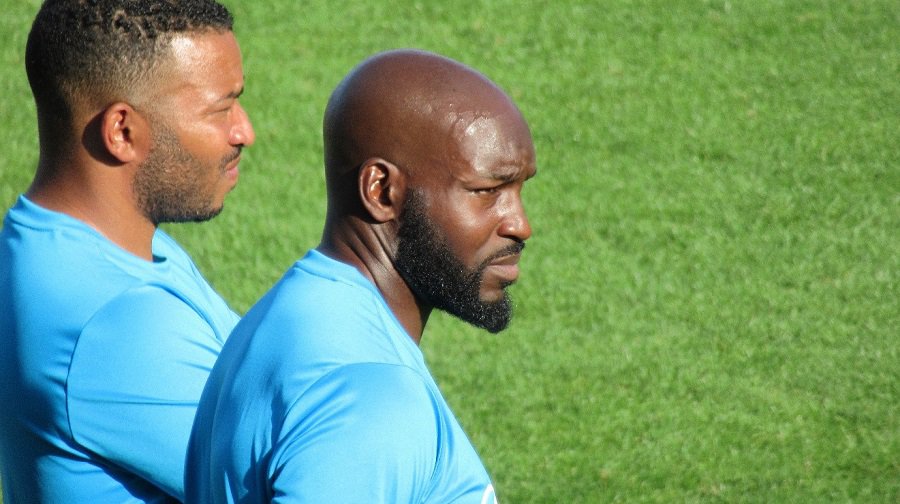 A dramatic second-half collapse from Dulwich Hamlet made it four defeats in five games, as the hosts blew a two-goal lead against Hungerford Town at Champion Hill on Saturday.

Hamlet, despite leading 2-0 at half-time, never looked in control, and were pegged back after the interval for the second week running.

But it was the hosts who took the lead in the fourteenth minute through lone frontman Danny Mills’ looping back-post header from Jack Connors’ in-swinging corner. It was Mills’ sixth goal of the season.

Left-back Connors, Hamlet’s best player in the first period, set up Mills again through a long throw-in in the 34th minute. Mills’ header was inches away from landing in the same corner of Adam Siviter’s net.

Gavin Rose’s Hamlet side then picked up a second diving booking in as many games. Referee Robert Massey-Ellis blew his whistle after Jeffrey Monkana’s theatrical fall in the box, before brandishing yellow. Marvin McCoy was penalised at Braintree last week.

Connors kept getting forward, while Lewis White in front of him and Monkana on the other wing were lively. Meanwhile Mills’ movement, dropping deep before spinning in behind, posed numerous problems for Town defender Matt Berry-Hargreaves.

Dulwich doubled their lead four minutes before half-time, skipper David Ihaja driving low and hard on the half-volley from the edge of the box into Siviter’s bottom-left corner. Mills then missed two chances to put Hamlet three up. The first was an audacious tight-angled chip onto the top of the stranded Siviter’s goal. Mills then scuffed a volley after Connors’ burst from deep inside his own half and dinked pass over the visiting defence.

Rose had criticised Hamlet’s application against Braintree last weekend, and his side improved in that aspect on Saturday. Richard Orlu’s full-blooded challenge may have caused him an injury, and he was replaced at half-time by Ben Chapman, with Quade Taylor slotting in alongside McCoy.

Hungerford pulled a goal back three minutes after the break when Liam Ferdinand poked home from six yards.

The second half saw the right of Hamlet’s defence exploited time and again by marauding left-back Joe Tomlinson, who drew Town level in the 50th minute. Tomlinson received the ball unmarked in the corner of the box, before he jinked inside Aaron Barnes and bent a right-footed shot into the far corner.

Ten minutes later, substitute Zidan Akers cracked an effort from a tight angle into the side-netting, before Tomlinson burst in behind Barnes, cutting inside again and almost producing an identical finish.

On 68 minutes, Hungerford completed the turnaround when wide man Matt Jones fired left-footed into the bottom corner. It was another goal from Hamlet’s right.

Dulwich went in search of a late equaliser, and Sitiver stopped a point-blank header from Mills, before Monkana’s curled effort crashed off the crossbar with virtually the final kick.

Hamlet stay twelfth in the table and have a break from National League South action next Saturday when they host Bognor Regis in the second qualifying round of the FA Cup.