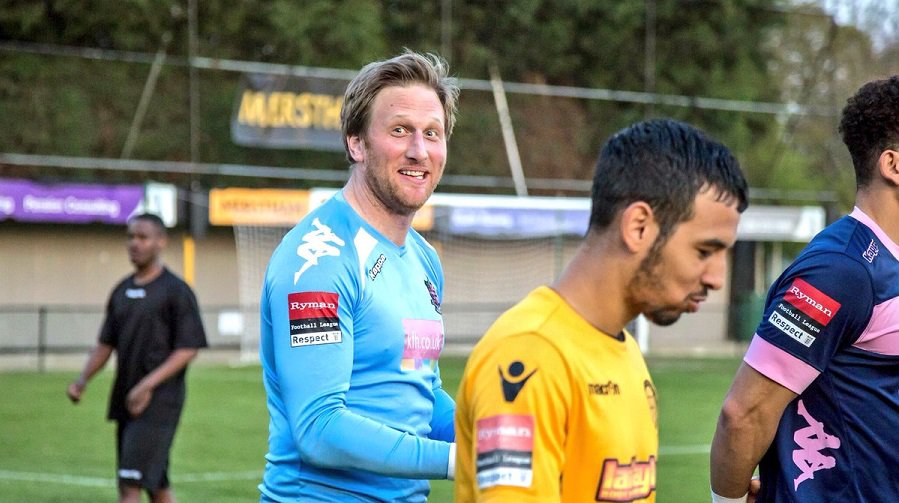 Dulwich Hamlet are up to third place in the Ryman League Premier Division after two wins in four days.

Hamlet are now five points clear of sixth-placed Wingate & Finchley and look almost certain to claim a play-off place with three games to go as they chase promotion to the National League South, which is the sixth tier of the English football pyramid.

Hamlet thumped Merstham 4-1 on Tuesday night after a Gavin Tomlin brace and goals from Marc Weatherstone and Michael Chambers.

The away side led through Tomlin’s eleventh-minute strike but despite dominating they conceded an equaliser just after half-time when Reece Hall fired past goalkeeper Phil Wilson, making a rare start in place of injured regular Preston Edwards.

Tomlin put his side back in front after an hour before Weatherstone made it 3-1. With ten minutes left Chambers added a fourth from Ashley Carew’s delivery.

At the weekend Dulwich defeated Lowestoft Town 3-1 to move up to fourth in the Premier Division table.

Boss Gavin Rose had the luxury of being able to leave Carew on the bench.

The home side were still creating chances but failed to extend their advantage and were punished by Travis Cole, who dragged his side level three minutes after half-time.

Edwards then had to save from Ryan Jarvis as Hamlet wobbled but they re-took the lead with a superb goal from Dumaka, who ran from halfway before shooting home from 25 yards.

Cole was sent off for stamping on Dumaka and Rose’s side wrapped up a comprehensive win through substitute Panutche Camara with fifteen minutes left.

The Dulwich side now need five points from their remaining three games to be guaranteed a shot at the play-offs.