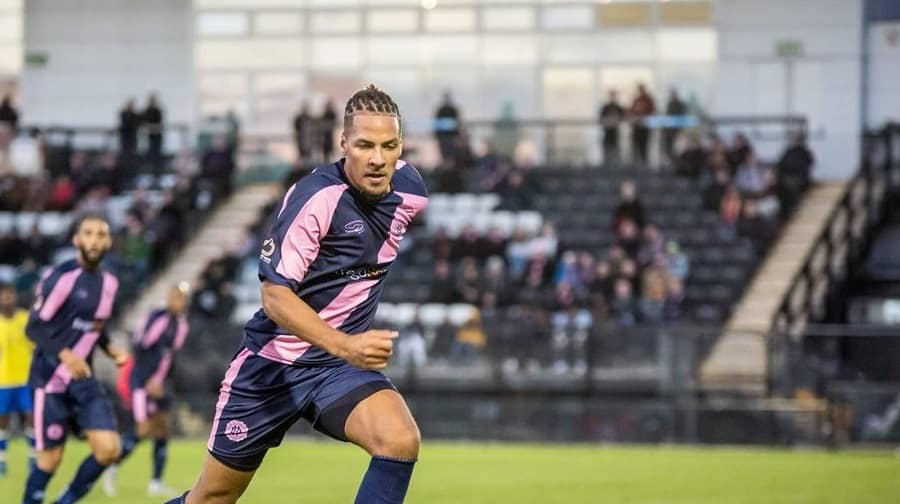 Gavin Rose’s side had been buoyed by two wins in the previous three games, but inconsistency has been their problem in this campaign and this defeat against a side with little left to play for hurt them.

The home side were 4-0 up by the break, and Dipo Akinyemi’s last-minute goal did little to lift the mood.

Akinyemi’s fourth-minute strike that flashed wide was not a sign of things to come, as Hamlet were well beaten by City.

Michael Chambers felt he should have been given a penalty when his shirt was pulled in the box, but the referee somehow failed to punish the hosts.

Moments later Dulwich goalkeeper Preston Edwards was forced into action as he saved for a corner before Brandon Thomas-Asante headed wide.

Edwards saved from Thomas-Asante ten minutes in and then Hamlet had a chance to go ahead when Akinyemi found Nyren Clunis whose shot went wide of the far post.

A minute later, the hosts went ahead, this time Thomas-Asante finding his range to beat Edwards.

Clunis had a chance to almost immediately restore parity but couldn’t find the target, and Hamlet fell two goals behind when Kabongo Tshimanga found Kyran Wiltshire for a smart finish.

It got even worse for Hamlet just 25 minutes in. Aryan Tajbakhsh was adjudged to have fouled Jack Self, and Tshimanga fired home from twelve yards. Certainly a sense of injustice for Hamlet after the earlier incident involving Chambers.

And if they visitors thought it couldn’t possibly get any worse they were relieved of that feeling four minutes before half-time.

Just after Clunis had another chance to pull one back from Jamie Mascoll’s cross, City were awarded another penalty and it was a controversial call. The assistant referee thought that Mascoll, despite having his arms by his side and making no move towards the ball, had deliberately handled, and Tshimanga beat Edwards again. It was the fourth penalty Hamlet had given away in three games.

Hamlet never looked like they would claw back such a daunting deficit. Edwards made two relatively comfortable saves, and in the 90th minute Akinyemi scored the goal of the game with a chip from outside the box. It should have been worthy of more, but instead Hamlet are looking nervously behind them.