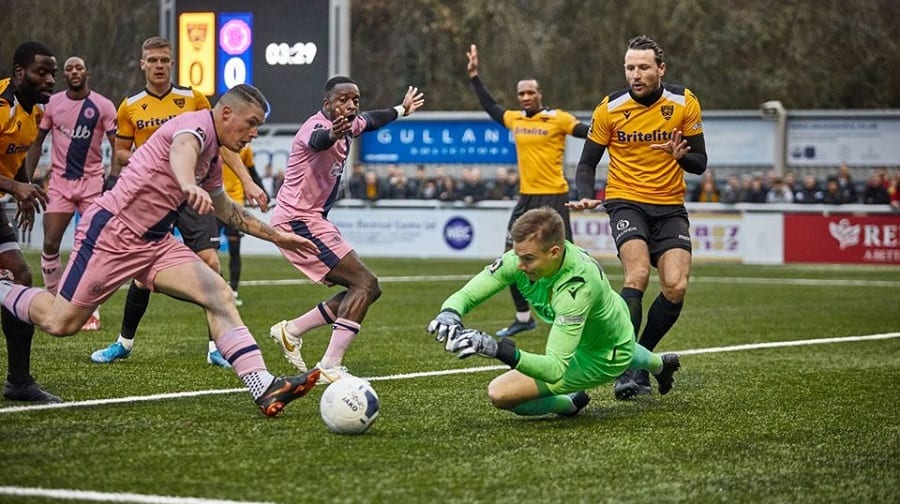 Dylan Kearney tries to get in on goal. Photo: Ollie Jarman

Dulwich Hamlet are just two points above the relegation zone in National League South after their 4-1 defeat at Maidstone United on Saturday.

Rose handed a debut to striker Shamir Mullings after his one-month loan move from Aldershot Town.

Ibby Akanbi and Ross Marshall put the hosts two goals in front before Dylan Kearney pulled one back just before the break with his second goal in two games.

But former Arsenal defender Gavin Hoyte and ex-Hamlet attacker Iffy Allen were on target in the second half as Dulwich suffered a tenth league defeat of the season.

Rose’s side travel to Hampton & Richmond Borough on New Year’s Day for a 3pm kick-off.