Hamlet return to their home since 1912 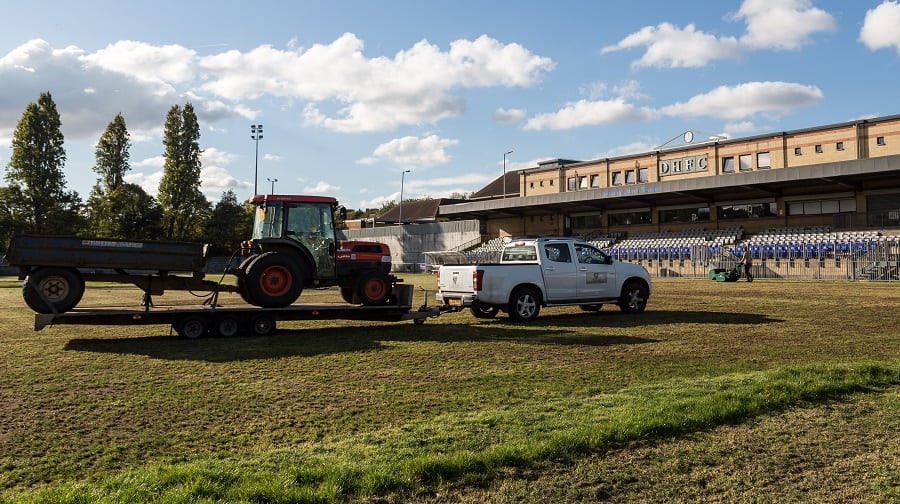 DULWICH HAMLET have officially confirmed that their first game back at Champion Hill will be on Boxing Day.

The Dulwich side had originally hoped to host Torquay at Champion Hill on December 1, and though the stadium would have been ready, the club have instead decided to return for a Christmas and New Year bonanza.

Hamlet will play their last game at Imperial Fields against Torquay, almost ten months after their first fixture at the home of Tooting & Mitcham following their eviction by their landlords from their base since 1912.

Hamlet will play league games in East Dulwich against Eastbourne Borough on December 26, Slough Town three days later, before the visit of Bath City on January 5.

There is the potential for an earlier return to the ground, depending on the draw for the FA Trophy.

The club released a statement confirming the news on Friday afternoon.

“Dulwich Hamlet Football Club and Dulwich Hamlet Supporters’ Trust are pleased to announce a hat trick of games to celebrate our return to Champion Hill with the first home league game confirmed as our Boxing Day fixture against Eastbourne Borough at 3pm on Wednesday December 26, 2018 closely followed by two more, against Slough Town at 3pm on Saturday December 29, 2018 and then against Bath City at 3pm on Saturday January 5, 2019.

“The club and the trust would like to thank all of the volunteers and contributors who have helped to make the return home a reality over the past month by providing resources at incredibly short notice including Meadow Partners, Southwark Council and the National League. The local community members, tradespeople and businesses who have worked round the clock are too numerous to mention in a single statement but the club and the trust will ensure their efforts are acknowledged in due course. “It should also be acknowledged that the work on the stadium and the pitch was completed in time to host the game at 3pm on Saturday December 1, 2018 against Torquay United with the full support of the council and the league however that game will be our final game at Imperial Fields and we are grateful to Tooting & Mitcham FC for their agreement. The decision was taken after consultation with Torquay United about how best to accommodate their considerably higher than average away attendances and the club and the trust felt that the additional ticketing, facilities and safety measures would have resulted in limited availability and a less than optimal matchday experience for both sets of fans. We would like to thank Torquay United and the National League for their help and support during that process.

“Tickets for our final game at Imperial Fields against Torquay United will be made available online. This is not an all-ticket match however, and supporters will be able to pay on the gate as usual.

“Announcements for the release of tickets for the first three league games back at Champion Hill will be made in the next week.

“Depending on FA Trophy results there is also the prospect of an earlier cup fixture on Saturday December 15, 2018.”