Their next match will be against Staines Town on August 12 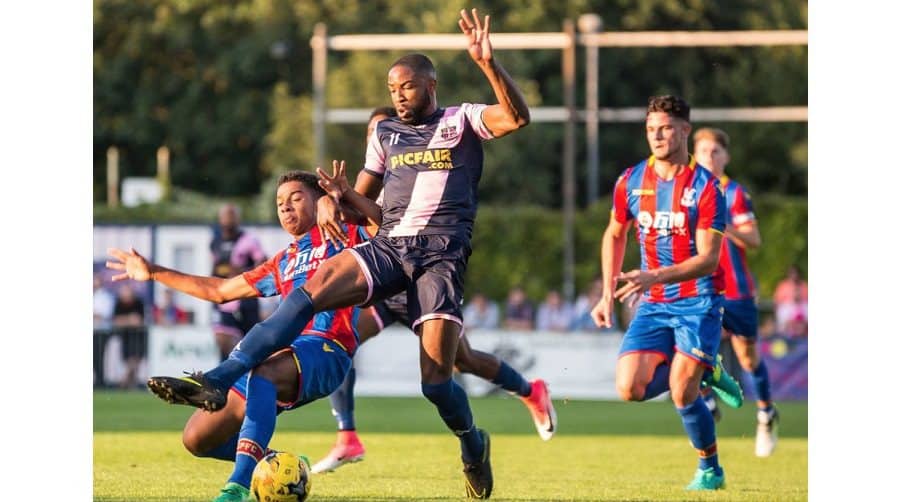 Dulwich Hamlet finished their friendly schedule in emphatic fashion as Dumebi Dumaka scored his eight goal of pre-season in a 5-1 rout of Carshalton Athletic.

Despite being without key players Ashley Carew and Ibrahim Kargbo, Hamlet raced into an early lead when Anthony Acheampong fed Nana Boakye-Yiadom and he sped away to put the away side ahead.

Nyren Clunis went close to increasing the lead in the 25th minute, before Nathan Green saw his shot blocked.

Gavin Rose’s side did eventually deservedly go two goals up, after Gavin Tomlin crossed for Michael Chambers to get his head to the ball before Dumaka volleyed home.

It could have been 3-0 before the break, but again Clunis was off target from Acheampong’s ball forward.

Clunis missed another chance after the break, and at the other end of the pitch Hamlet goalkeeper Preston Edwards had to be at his best to prevent Michael Chambers finding his own net.

Dulwich made it 3-0 in the 54th minute, when Tomlin’s free-kick deflected off the wall after Dumaka had been fouled.

Carshalton pulled a goal back through Mickel Miller, but Dumaka restored the three-goal advantage eighteen minutes from time and Muhammadu Faal made it five in injury-time from Mohamed Mohamed’s perfect through-ball.

It was the ideal way for Hamlet to finish their pre-season preparations before they face Staines Town next Saturday in their first fixture of the new Isthmian League Premier League season at Champion Hill. Kick-off is 3pm.