Boss Farouk Menia felt the side 'dominated all departments' 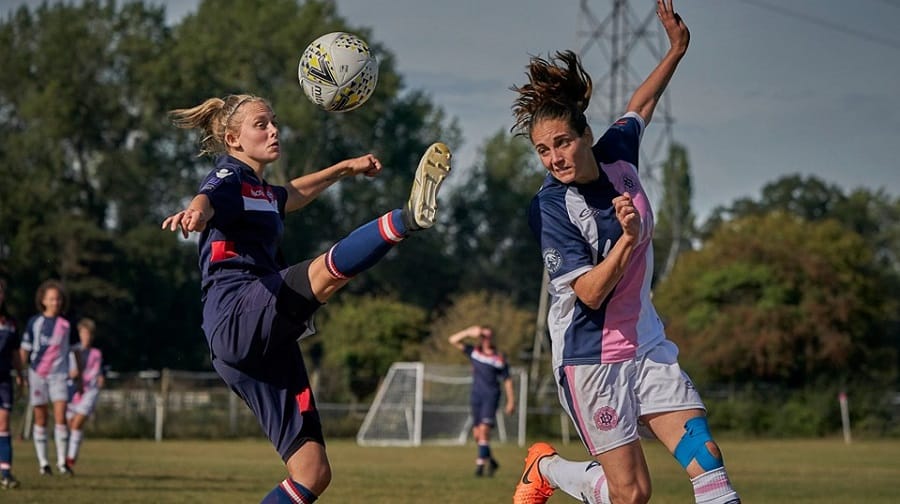 Dulwich Hamlet Women are second in the London and South East Premier League after their 4-0 win at Denham Ladies last weekend.

In hot weather on a hard pitch, Dulwich showed energy, appetite and the ability to control the high-bouncing ball.

Dulwich signalled their intent early on and were denied by the woodwork, before Catherine Campbell’s brilliant half-volley from 20 yards gave the visitors the lead in the 30th minute.

The Hamlet went 2-0 up through a Denham own goal in the 57th minute following a powerful run and dangerous ball into the box from Sas Philip.

Dulwich were denied by the woodwork again after the second water break but were 3-0 up when Alison Rowe fired home and they added a fourth from Jorden Williamson. Hamlet boss Farouk Menia said: “The girls knew that there was no room for mistakes if we wanted to stay on top of table. We took the game very seriously, playing at a high level from the start.

“Despite poor pitch conditions, we pressed the opponent in their half and didn’t let them play. We won all of our 50-50 tackles, second balls and created a lot of chances until we scored with a brilliant volley from our newly signed midfielder Catherine Campbell.

“Second half was more of the same, with increased physicality and more goals. We dominated all departments and proved to be the best team on the field. I’m so pleased with the performance and so proud of the girls.”

Dulwich are away at Ashford Town on September 29 in the League Cup, before they host Saltdean in the league at Champion Hill on the October 13. Kick-off is 2pm.