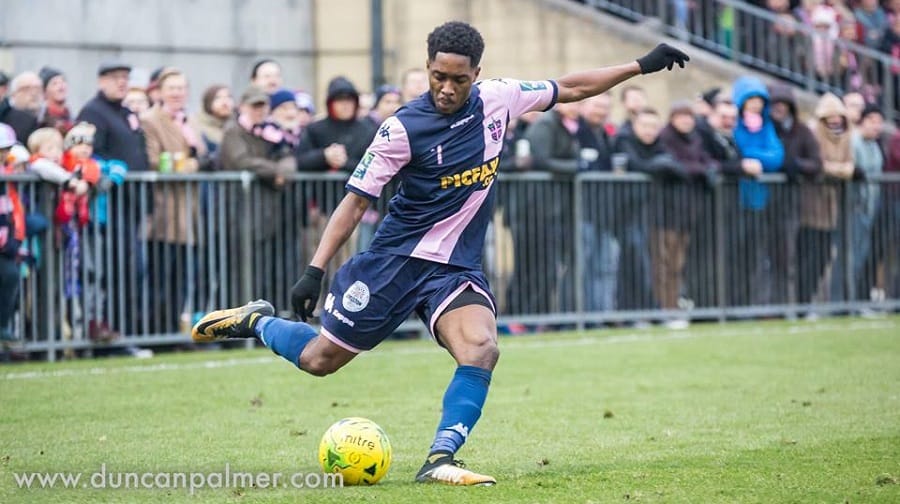 Hamlet defeated Hendon 4-3 on penalties after the game finished 1-1 after extra-time.

In front of 3,321 fans – a record at Tooting & Mitcham’s ground – Dipo Akinyemi stepped up to convert the winning penalty after goalkeeper Amadou Tangara had saved two spot-kicks.

In normal time Gavin Rose’s side dominated the first half but trailed to Ashley Nathaniel-George’s 20-yard effort that Tangara let slip through his grasp. Tangara then went some way to redeeming himself when he brilliantly tipped Niko Muir’s effort around the post.

In temperatures close to 30 degrees, Hamlet put the heat on Hendon at the start of the second half and deservedly equalised when Gavin Tomlin scrambled in after the opponents had twice cleared off the line.

Nyren Clunis went within the width of the crossbar of giving his side the lead, and in the last minute Ferguson curled just over.

The pace understandably dropped in the added period. Green’s cross-shot came back off the post, and Hamlet had the last chance after Reise Allassani was fouled on the edge of the box, but Hendon stopper Tom Lovelock held Carew’s free-kick.

Tangara was then the hero in the penalty shootout, before Akinyemi held his nerve to spark jubilant scenes and a pitch invasion.

After three successive play-off disappointments, including defeats in the previous two finals, Rose can now look forward to planning for National League South, just two promotions from the Football League.

*Read reaction from Gavin Rose and more in this Thursday’s Southwark News.