Hamlet struck up a long-standing relationship with a German side. 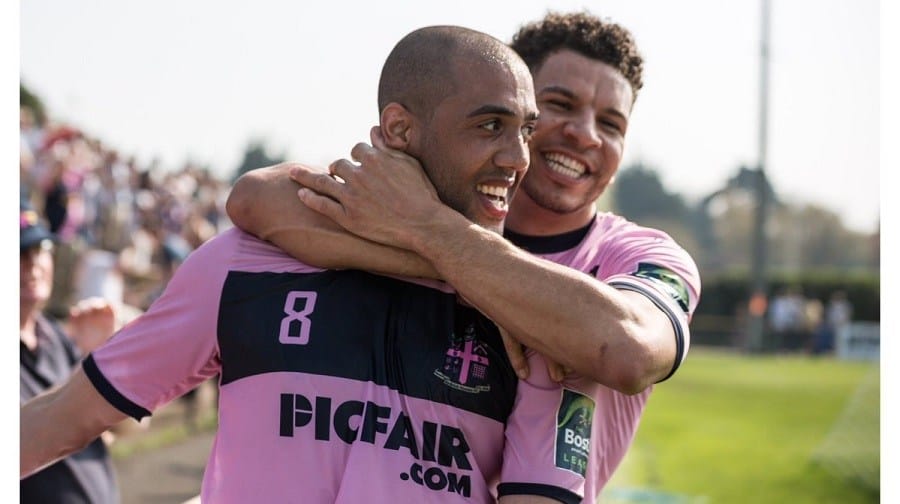 DULWICH HAMLET Football Club are about to head into Europe for a pre-season trip of a lifetime.

The Hamlet, who have just been promoted to the Vanarama National League South for the first time in their illustrious 125-year history, having been in the Isthmian League since 1907,  are to play a 125th anniversary celebratory match against their good friends from Altona 93, in Hamburg, Germany, on Sunday July 15, the day of the World Cup final.

The ‘fussball freundschaft’ began after Hamlet fan Mishi Morath visted Altona for a match in 2010, and it progresed from there.

He explains: “One of their fans was very friendly to me, and it grew from there. I bought their fanzine, and it all snowballed.”

Altona and Dulwich fans often pop to each other’s games when on holiday, and this match is a return of the 90th anniversary match of Hamlet’s first visit to the Adolf-Jager-Kampfbahn in 1925, when Altona won 5-3 at Champion Hill three seasons ago. This ‘levelled the series’ after the legendary Edgar Kail hit a hat-trick in Hamlet’s 4-1 victory in Germany at Easter 1925.

This tour has only been made possible by a three-year long fundraising effort, to raise nigh on £8,000, led by Hamlet fan Morath, through the ‘Inter City 125’ campaign.

He said: “It’s been a long hard slog, from parties, quiz nights, sponsored walks, merchandise from the Trust, and so much more. Despite all the trouble the club has been through last season, we continued to aim for our target of getting the team and management to Germany, and by hook or by crook, we have achieved it.”

The weekend away begins in earnest when Dulwich take on Bezirksliga outfit HFC Falke on Friday July 13. They are in the seventh tier of German football.

The team will have a full training session on the Saturday morning, before the eagerly anticipated friendly with Altona at 12 noon on Sunday lunchtime, July 15. Altona compete at a similar level to The Hamlet, the Hamburg Oberliga, which is Step Five in the German footballing system.

Dulwich are commemorating the match by wearing a special one-off kit for the tour, which has been auctioned off for the Medicins Sans Frontiers/Doctors Without Borders charity. They have also donated a specially commissioned ‘Jager Kail Cup’ for the match, named after the two legendary footballing heroes of both sides.

While it is a once-in-a-lifetime trip for most of the 200 or more Hamlet fans expected to cross the Channel, the aim has always been to have the weekend as a full training camp for the first-team squad.

With promotion earned it will be the perfect preparation for Gavin Rose’s squad, for their inaugural campaign in the Vanarama League.