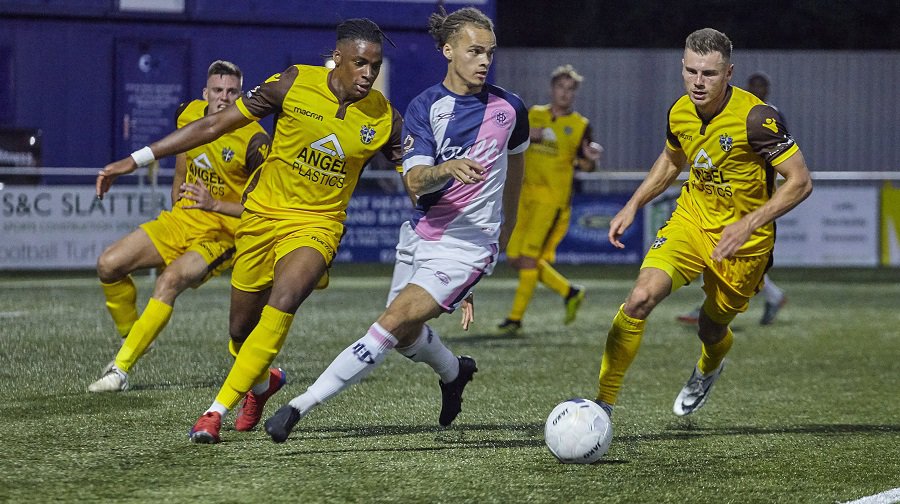 Hamlet signed White, who was released by Millwall this summer, on a free transfer after he impressed on trial.

Former Crystal Palace attacker Allassani played a key role in Hamlet’s 2017-18 promotion season. The 23-year-old left for Coventry City that summer and has had loan spells since with Ebbsfleet and Woking.

Lewisham-born White, 20, had been training with Hamlet and will add further attacking depth as Rose targets the play-offs this season in National League South.

Rose had tracked White for some time and is pleased with his new acquisition.

“He’s someone that we really like and rate,” Rose said. “I watched him three or four times last season, I wasn’t able to get him on loan but he’s someone that fits our style of play.”

White came off the bench in Dulwich’s first game of the season on Saturday away to Tonbridge Angels. The game finished 2-1 to the Hamlet, with goals from David Ijaha and Jeffrey Monakana.

Allassani scored nineteen goals for Hamlet in 2017-18 following his release by Palace. Rose has high hopes for White. He added: “He reminds me a lot of Reise Allassani in the way he moves and the way he plays.

“As a young man he went up to Liverpool on trial and I think he was just very unfortunate not to get a contract at Liverpool. Millwall always had him as one of their shining lights in the academy.

“I think as he got to the senior part of the club, the style of play at Millwall probably doesn’t suit his attributes and he probably got lost a little bit in the last part of his development. He’s definitely someone who I believe can kick on back into League football and give himself a good career.”

Meanwhile, Hamlet made it six points from the opening two games of the season with a 1-0 win at home to Wealdstone on Tuesday evening.

Richard Orlu got the only goal.