Dulwich Hamlet skipper after late comeback: ‘The crowd lifted us’ 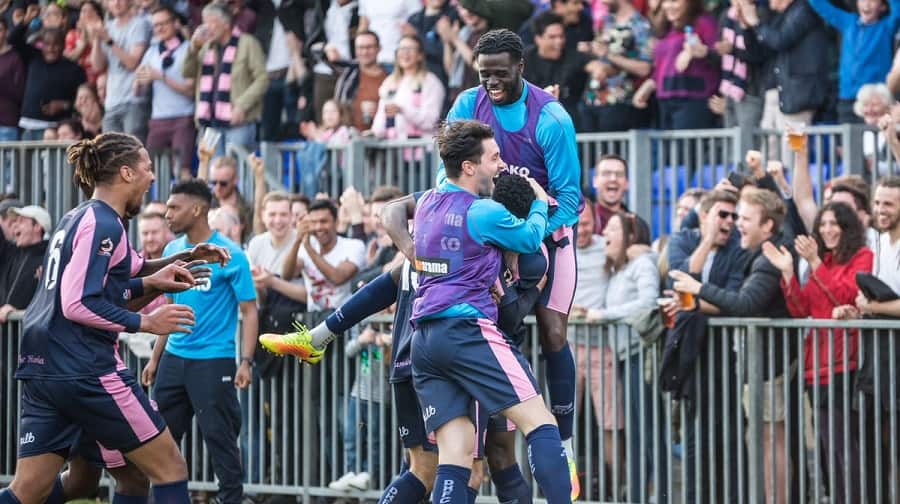 IN FRONT of a record crowd at Champion Hill on Saturday, Dulwich Hamlet came from two goals down with ten minutes left against Billericay Town to gain what could prove a crucial point in their bid to beat the drop.

Hamlet were 2-0 down by the 28th minute after goals from Billericay pair Joe Kizzi and Moses Emmanuel.

But the big-spending visitors, with loftier ambitions in seventh place in the table, saw their lead halved when Dipo Akinyemi scored from the penalty spot in the 80th minute.

And then Billericay paid for their time-wasting tactics when they conceded in the seventh minute of added-time.

Billericay had gone in front through defender Kizzi’s header from Jamar Loza’s corner.

Harry Wheeler’s side got their second when Hamlet defender Anthony Cook’s defensive header back towards goalkeeper Preston Edwards found its way to Emmanuel, who gratefully tucked the ball home.

With Billericay looking like they would see the game out, Nyren Clunis was brought down in the box by Michee Efete, when there appeared little danger, and impressive top scorer Akinyemi slotted home his fifteenth goal of the season from twelve yards.

The visitors defended deep, inviting Dulwich to launch an aerial bombardment into their penalty box, and finally in the 97th minute a Nathan Green cross was headed into his own net by Adam Cunnington, sending the majority of the 3,243 crowd into a frenzy.

Dulwich captain Michael Chambers was pleased with his side’s comeback. He said: “This was a point gained. The players enjoy the lift given to them by the enthusiastic fans, and the return back to Champion Hill has seen improved performances.”

The result leaves Hamlet four points above the bottom three with five games left. Gavin Rose’s side travel to Chippenham Town this Saturday.