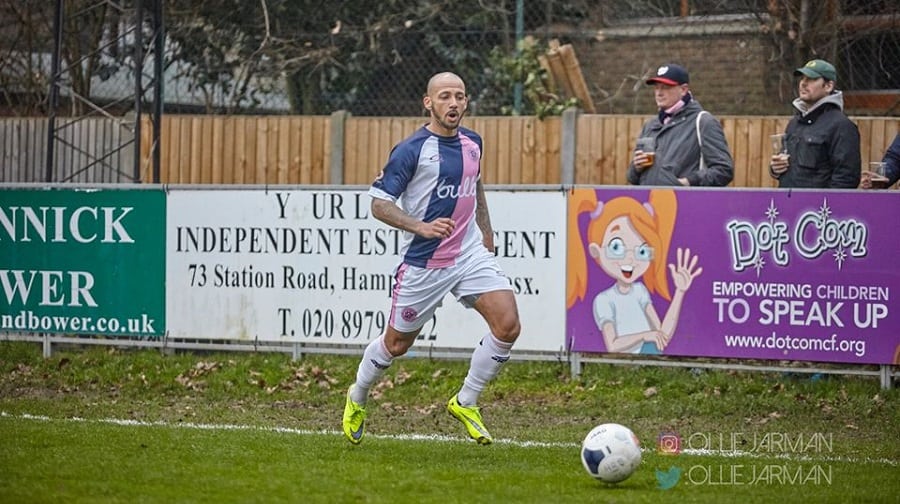 Dulwich Hamlet continued their unbeaten start to 2020 with a 1-1 National League South draw at Weymouth on Saturday.

Lionel Ainsworth gave the Hamlet a sixteenth-minute lead at the Bob Lucas Stadium before Jake McCarthy levelled two minutes before the half-time break, the first goal conceded by Gavin Rose’s side this year.

Ainsworth – who had scored for Weymouth against Dulwich in a 2-2 draw at Champion Hill in October – took advantage to put the visitors ahead after Jeffrey Monakana’s effort had hit the woodwork.

McCarthy equalised in the 43rd minute with a 25-yard shot that beat Hamlet goalkeeper Charlie Grainger.

Ainsworth and Monakana missed good chances after the break and play was waved on after Dulwich’s Aaron Barnes appeared to be fouled in the penalty area.

With seven minutes left Dulwich had an opportunity to take all three points but Quade Taylor over-hit a pass which would have put Ainsworth through on goal. Ainsworth retrieved possession before crossing but substitute Nyren Clunis’ attempt from inside the six-yard box was saved by goalkeeper Mark Childs.

Hamlet striker Danny Mills had one more effort but headed over the crossbar in the last minute.