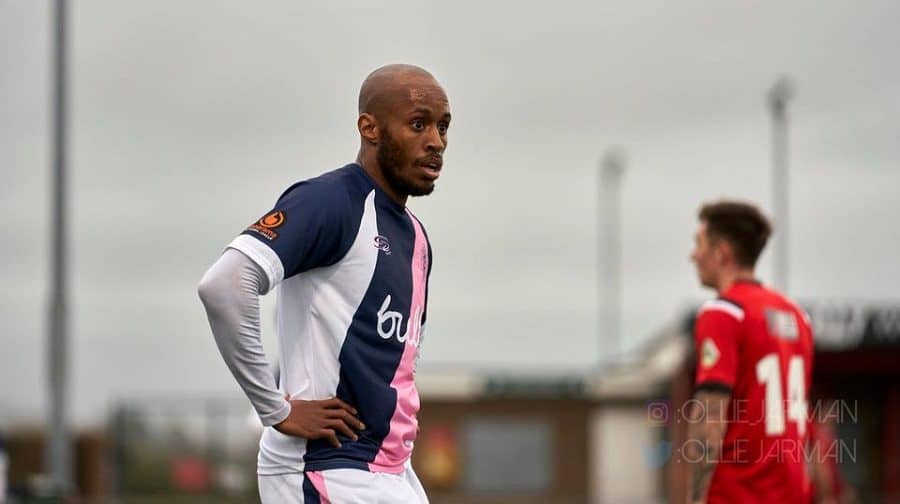 Dulwich Hamlet ended their winless run this season in emphatic fashion with the 4-1 thrashing of Bath City in National League South on Tuesday night.

Despite falling behind in just the second minute, the Hamlet hit back at Twerton Park with a goal from Michael Timlin levelling the game by half-time, before Giovanni McGregor, Deon Moore and Danny Mills struck after the break.

There had been signs of Dulwich’s new-found resilience after battling draws away at promotion contenders Dorking and Hemel Hempstead, and they followed those results up in the ideal way.

Dulwich hadn’t taken any points off Bath in their two previous seasons in National League South, and that looked set to continue when Donovan Wilson gave Jerry Gill’s side a second-minute lead.

But the visitors recovered well, despite Mills not being fit enough to start.

Bath aimed to immediately extend their early lead and it took excellent defending from Sanchez Ming to deny Tommy Conway.

Moore and then Aaron Barnes had chances to equalise as the Hamlet grew into the game, but neither could test Bath goalkeeper Ryan Clarke.

Barnes then drove wide and Ruben Sammut had a shot blocked, before Dulwich finally got their reward. There was an element of fortune about it as Timlin’s free-kick from wide evaded everyone including Clarke. It looked like the goal wouldn’t stand when the offside flag went up, but after consultation between the referee and linesman it was decided that no Hamlet player had interfered with play.

After not scoring more than one goal in their seven previous league games this season, Dulwich suddenly discovered their ruthless side.

Just two minutes into the second half, Barnes crossed from the right and McGregor volleyed past Clarke.

Bath responded and Dulwich goalkeeper Charlie Grainger brilliantly preserved his side’s lead when he dived to his right and held on to a shot from Tom Richards that looked destined for the bottom corner.

The Hamlet extended their advantage in the 58th minute and this time it was McGregor the provider, as he crossed from the right and Moore beat Clarke.

Bath – who dropped to 21st and last after this result – tried in vain again to test Grainger, but a confident Hamlet defence wouldn’t let them through.

And Dulwich wrapped up their biggest win in the league since the 6-0 routing of Braintree at Champion Hill last January when Blackman sent in a left-wing cross that substitute Mills finished.

Moore could have made it five but headed over, before Grainger again denied Richards.

The result moved Dulwich up to sixteenth in the table, four points above Bath.

The Hamlet are back in league action at Champion Hill this Saturday when they host Maidstone United. Kick-off is 3pm.