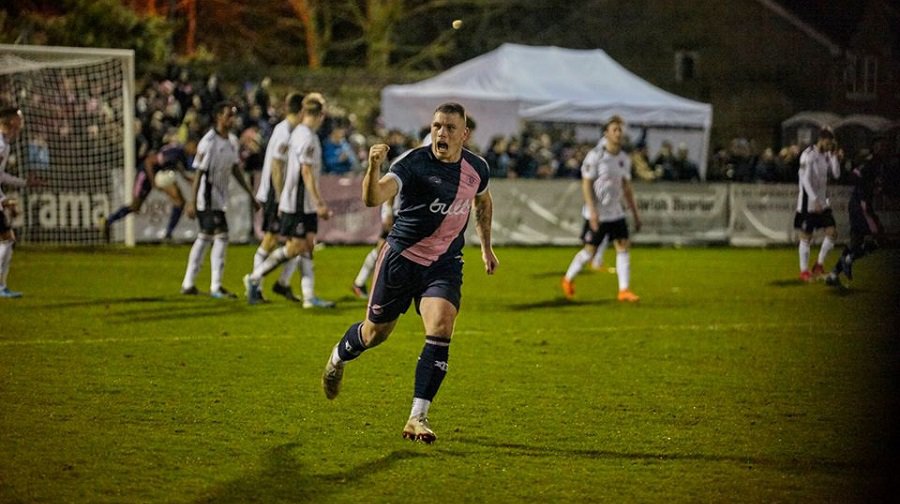 Dulwich Hamlet couldn’t follow up their first league win since August in National League South as they went down to a 2-1 Boxing Day defeat against Hampton & Richmond Borough at Champion Hill.

After being so impressive in their 4-1 win at Hungerford Town, Gavin Rose’s side slipped to a sixth home defeat of the season in front of a crowd of 2,089 in East Dulwich.

Ryan Hill and Kyron Farrell scored either side of the break for the visitors before Dylan Kearney halved the deficit with thirteen minutes left, but the Hamlet couldn’t force an equaliser.

There was controversy before the first goal as the assistant referee had flagged for offside, but after a discussion with the referee the away side’s lead was confirmed.

Dulwich were denied an equaliser when Jack Connors’ free-kick from out wide went all the way in, but the same assistant referee had again raised her flag for offside and the decision stood.

The home crowd were further incensed when Connors appeared to be fouled but play continued and Hill crossed for former Millwall midfielder Farrell to make it 2-0.

In the 77th minute, Kearney was fouled 20 yards out and fired home the free-kick. But Borough hung on.

The Hamlet travel to Maidstone this Saturday for a 3pm kick-off.