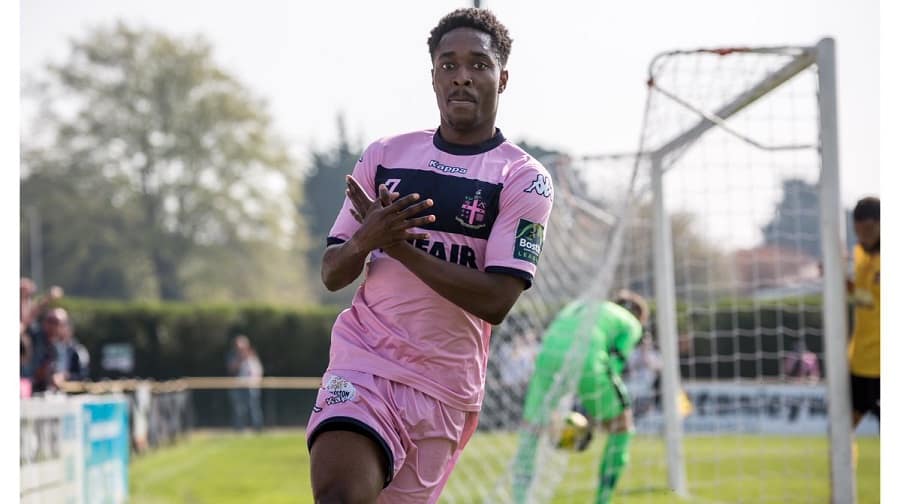 DULWICH HAMLET are hitting form again at the right time as Anthony Acheampong’s goal gave them a fifth straight win on Thursday night.

After a dull first half, Acheampong took just five minutes after the restart to head in Ashley Carew’s cross.

Gavin Rose’s side wrapped up the points in a scintillating five-minute spell in the first half when Ashley Carew scored from the spot before Nyren Clunis’ double (above) made it 3-0 by the 35th minute.

The result moved Hamlet seven points ahead of Invicta who have just one game left this season and are battling to finish third.

Invicta had scored 102 goals this season, second only to champions Billericay, but Hamlet stopper was rarely troubled as his side put in a dominant performance that will boost confidence as they look to go one better and gain promotion to National League South after three successive play-off disappointments.

Hamlet’s last home game of the regular league season is against Margate at Tooting & Mitcham’s ground on Saturday. Kick-off is 3pm.

The first leg of the play-off semi-finals will be on May 3.