The Hamlet are through to face Christchurch in the next round 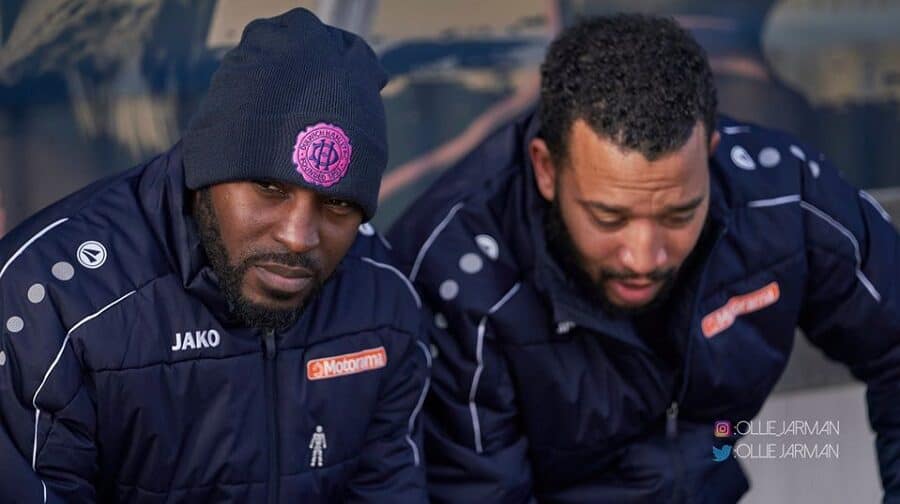 Dulwich Hamlet boosted their coffers to the tune of £3,375 and booked their place in the third qualifying round of the FA Cup as they defeated Corinthian Casuals on penalties after a 2-2 draw in normal time last weekend.

The Hamlet, with nine players making their debuts, came from behind twice in their first game of the 2020-21 season before finally squeezing through.

Dulwich thought they had taken the lead in the seventeenth minute when Deon Moore found the back of the net, but the hosts were given a free-kick for a high boot from Danny Mills.

Mills also had an effort ruled out for offside and it was the hosts who went ahead in first-half added-time.

The visitors were punished after Lewis White was dispossessed on halfway and Kieron Cadogan finished the counter-attack past goalkeeper James Pardington.

Pardington then almost gifted their Isthmian League Premier Division opponents a second goal when his attempted throw hit one of his own players, but the home side had no one close enough to take advantage.

The introduction of Sanchez Ming helped swing the game back Dulwich’s way as he added a threat down the right.

The Hamlet levelled in the 71st minute when Korrey Henry fired home from the edge of the box for his first goal for the club.

Three minutes later Mills was denied by the post and worse followed as Benjamin Checklit smashed a brilliant shot past Pardington from 25 yards.

The Hamlet appeared to be running out of time to avoid a shock against a side a division below them. But in the 88th minute Moore came to the rescue to head past home goalkeeper James Bracken.

Henry almost won it in normal time for Gavin Rose’s side, but his shot went just wide.

Former Millwall defender Jesse Debrah was first up in the shootout but Bracken saved his effort.

Pardington then kept out Hakeem Adelakun’s spot-kick and it was advantage Dulwich as Henry was successful from twelve yards and the Casuals missed as Pardington was again the hero.

The unpredictable drama continued with Jordan Higgs hitting the bar and then Checklit made it 1-1.

Aaron Barnes fired in to put the Hamlet 2-1 up, Youssef Bamba missing for the home side.

That gave Ming the chance to send his team into the next round, and he kept his nerve to secure Dulwich a tie against ninth-tier Christchurch of the Wessex League.

The game will be played on Tuesday, October 13 at 7.45pm at Christchurch’s Hurn Bridge Sports Ground.