'We loved seeing so many young boys and girls, with some brilliant homemade posters there' 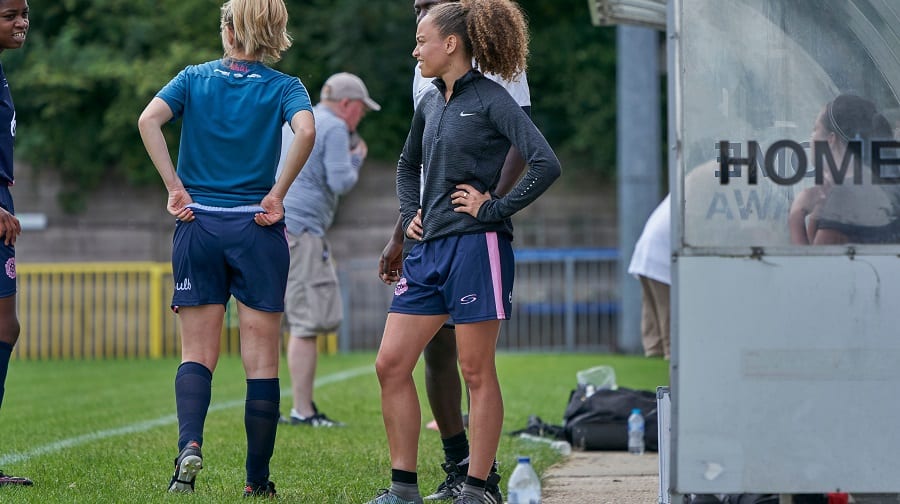 The new Dulwich Hamlet Women’s team took to Champion Hill last weekend for a friendly against Leyton Orient. While the Hamlet narrowly lost 2-1, there were plenty of signs of encouragement to take from the game.

A crowd of 225 people gathered at the club’s home ground in East Dulwich to see the new women’s side, who previously competed under the name AFC Phoenix. Sunday’s game was a great opportunity to show the local community how the team are progressing, with the full first team squad getting a runout against a decent Orient side who play in the division above Dulwich.

Orient did take the lead in the first half, with a long range shot evading Kate Aldridge in the Dulwich goal. However, the Hamlet heads did not drop and began to create more chances for themselves going forward, in particular through captain Brittany Saylor.

The Hamlet goal – the first ever to be scored by the newborn side – came in the 27th for midfielder Rosie Stone, a lovely finish from the edge of the box to draw the sides level.

Dulwich coped well in the second half for the most part and it was not til right at the death that Orient got their winner. Yet the applause and cheers at the final whistle for the home side were testament to the fact that the real victors today were Dulwich Hamlet, with the women’s team a very welcome addition to South London.

The goalscorer Stone was pleased with how the team’s first match had gone. “It was incredible to walk out for our first pre-season game in front of over 200 people,” she said. “We loved seeing so many young boys and girls, with some brilliant homemade posters there.”

“Scoring the first Dulwich Hamlet Women’s goal was an exciting moment and hopefully the first of many for the team this year.”

The narrow defeat should inspire the team to go one better than last year. Last season AFC Phoenix were runners-up in the fifth tier of women’s football, the London and South East regional Premier Division. They also lost in the cup final.

The side continue their preseason schedule with three more friendlies on consecutive Sundays, all at 2pm at Champion Hill: AFC Wimbledon (28 July), Crystal Palace (August 4), and Crawley (August 11). Full details of Dulwich’s league fixtures will be announced shortly.