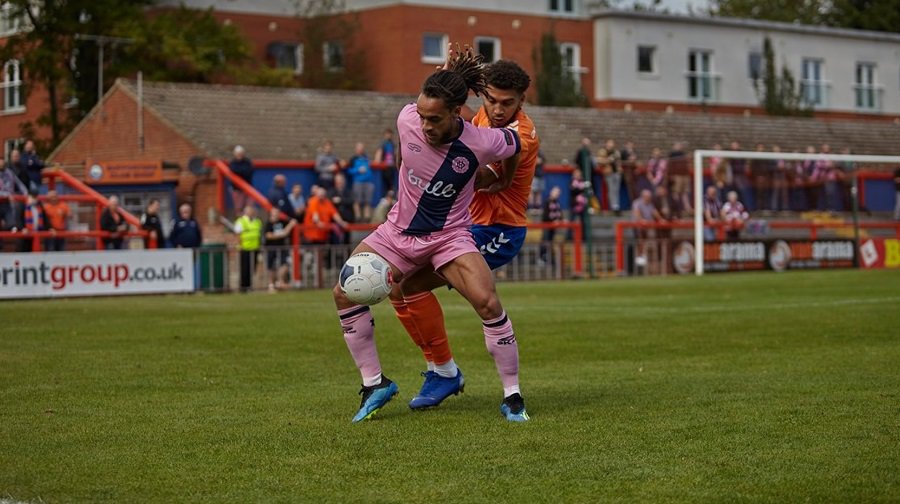 Dulwich Hamlet have been dealt a huge blow with the news that Reise Allassani has suffered knee ligament damage in training.

It is the second time in his career he has ruptured his anterior cruciate ligament, after the same injury three years ago when he was at Crystal Palace.

Allassani was on loan with his former club Hamlet from Coventry City but will return to his parent club ahead of surgery.

It was the second ACL injury for a Sky Blues player in a week, after under-23 Dan Bartlett damaged his knee against Hull City.

Coventry have seen two players rupture their ACLs in each of the last three seasons.

“We speak about why because that’s been two a season for the last few seasons, and you look at it and there’s no one anywhere near the majority of them.

“Dan’s was different because he was under challenge and it’s a terrible injury with a clean tear of the ACL and a straightforward fix, you would think, but it’s just the time it takes for it to graft, and the longer you can give it the stronger the graft.

“They are both going to need some assistance surgically and mentally to help them through their rehabilitation on the physical side, so things are in place for them to achieve a full recovery.”

“Reise has got significant damage to his knee and he’s going to have a long period of recovery.

“I haven’t spoken to him yet but I will do.

“He’s still away down in London but we’ll get him back up and assess him and get his surgery sorted.

“It’s his second. When he was coming out of his contract at Crystal Palace he did his other knee.

“He was out getting games. He’s been really unfortunate because he’s picked up injuries that have curtailed any sort of progress.

“But he needed to play senior football.”

Allassani had scored three goals in five games since returning to the club he helped win promotion to National League South in 2017-18.