Hamlet a point away from play off & possible promotion. 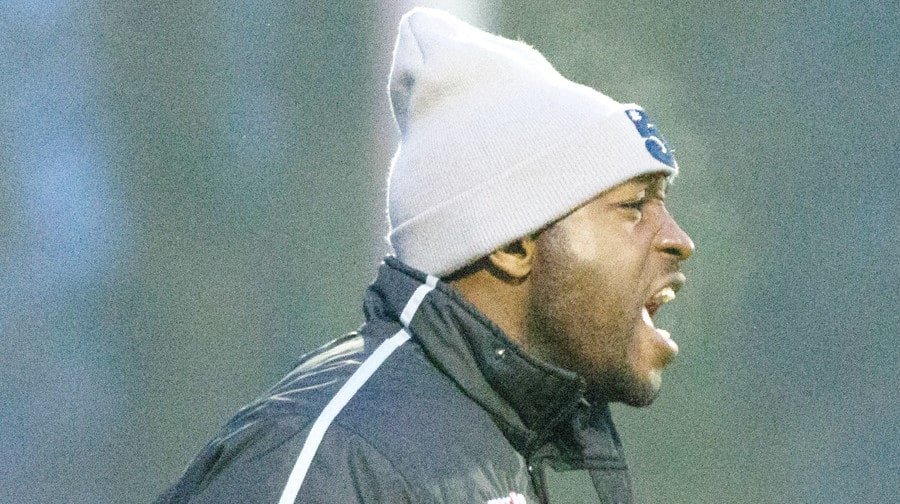 Dulwich Hamlet need one point from their final league game of the season to secure a play-off spot following last Saturday’s 0-0 draw with Maidstone United.

A monster crowd of 3,000 people saw a tight affair where the Kent side all but tied up automatic promotion and Hamlet put themselves in prime position for the play-offs, and their own shot at stepping up a level on the non-league ladder.

A draw away at Tonbridge Angels this Saturday means Hamlet will make the play-offs irrespective of what happens elsewhere. Dulwich had been in a disastrous run of form since February 14 but since the beginning of this month they have turned results around with three draws and a win.

Their form in the last few weeks is all the more impressive as three of those games have been against teams contesting promotion places.

Hamlet manager Gavin Rose said: “When you are in a bad run of form you just need something to go for you. “We have got a win and draws in recent weeks and the players have started to believe in themselves again. “They are human and losing belief and getting into that bad run can happen to anybody. But it appears we have come through that now.”

He added: “The results against the teams at the top end of the table have on the whole been good this season and that could psychologically be a big thing for us. “We won’t approach this Saturday much differently to other games but we will make it clear that the boys are just three games away from achieving something quite special.”

The Hamlet manager even asserts the recent poor run of form could have taught his players a lesson. “I think they may have in fact gained something from the bad run and it could be good for them mentally, especially as they are starting to come through that.”

Rose said. “They are a young side when you look around the changing room and they might not have been in a position where you are expected to win week in, week out. “They are starting to show how they can perform again and I’m quite proud of them and the way they have handled this.”