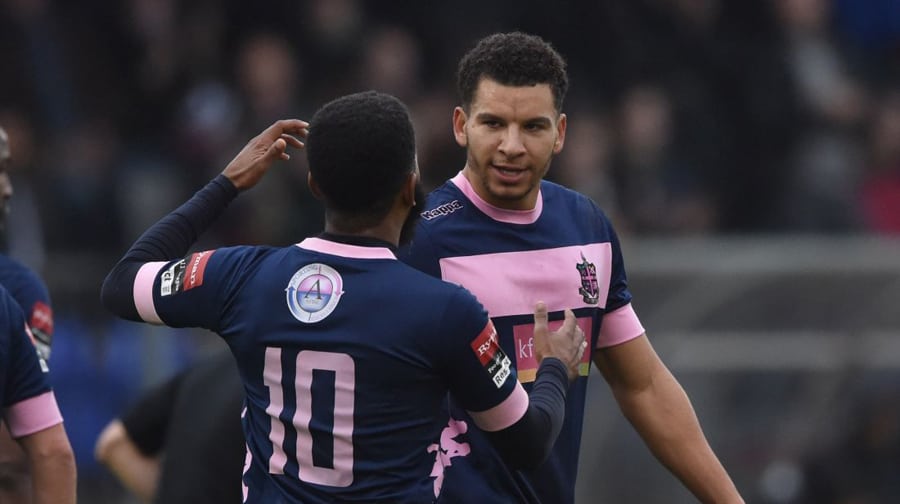 The home side were forced to name a weakened starting XI, with Michael Chambers and Dumebi Dumaka side-lined through injury, Gavin Tomlin suspended and Vas Karagiannis recalled by parent club Maidstone United.

A bumper Christmas crowd of 1,541 packed into Champion Hill, but they were to leave with no festive cheer, as the visitors took all three points.

The scoring was opened in the 25th minute, as Dulwich failed to clear the ball, allowing Tom Parkinson to fire low to Preston Edwards’ right.

Sanchez Ming had a cross headed off the line as Hamlet looked for a quick way back into the match, but Angels went in at half-time a goal to the good.

It took just four minutes, however, for the home side to get back on level terms in the second half.

Danny Carr’s pass found the recalled Ibra Sekajja on the right and his low shot was turned into his own net by Tonbridge’s – and ex-Hamlet man – Mitchell Nelson.