Natalie is a regular at the Herne Hill Velodrome 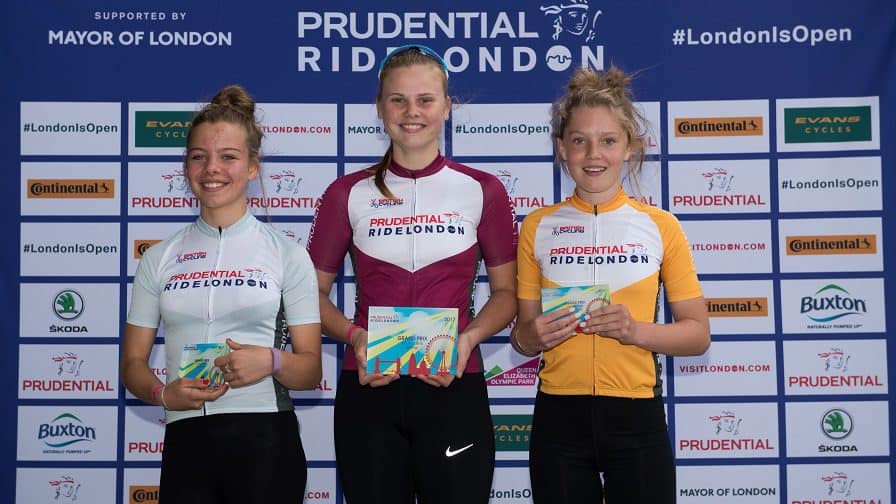 Natalie Bloomer surpassed her own expectations in last weekend’s Prudential RideLondon, coming away with a title under her belt.

The fourteen-year-old cyclist from Dulwich powered to glory in the Youth Girls B race in the Grand Prix on Friday.

The Grand Prix was held at the Lee Valley VeloPark in Queen Elizabeth Olympic Park as part of the three-day Prudential RideLondon.

And for Bloomer, a pupil at St Dunstan’s School, the win was the perfect way to bounce back from a recent below-par run of form.

“There were lots of little attacks but no really big ones, so I decided to just sit in it,” Bloomer said.

“At the end, no one was on the left-hand side so I came from the outside and sprinted.

“I’m really happy to have won. It’s good because the National Championships didn’t go as well as I’d hoped a couple of weeks ago, so it’s good to win.

“I didn’t think I would win. I was aiming for a top-five finish, because there are quite a few people who have consistently beaten me.”

Bloomer trains at VC Londres in south-east London, and added that Prudential RideLondon played an important role in providing youngsters with a major event to help with their development.

“It’s really cool to cycle at Lee Valley, although it has changed a lot since I first started riding here,” she added.

“I got into cycling when I went down to the velodrome and really liked track cycling. I then started doing a bit of road.

“I think the Prudential RideLondon is really cool, because we don’t really have many big events for riders our age.”

Nicola Adams OBE cycled with students and teachers from the educational charity Teach First at Prudential RideLondon as part of the PruGOals programme. For further information on PruGOals visit www.prugoals.co.uk