Johnny Garton knocks out Ryan Fields in the fourth round 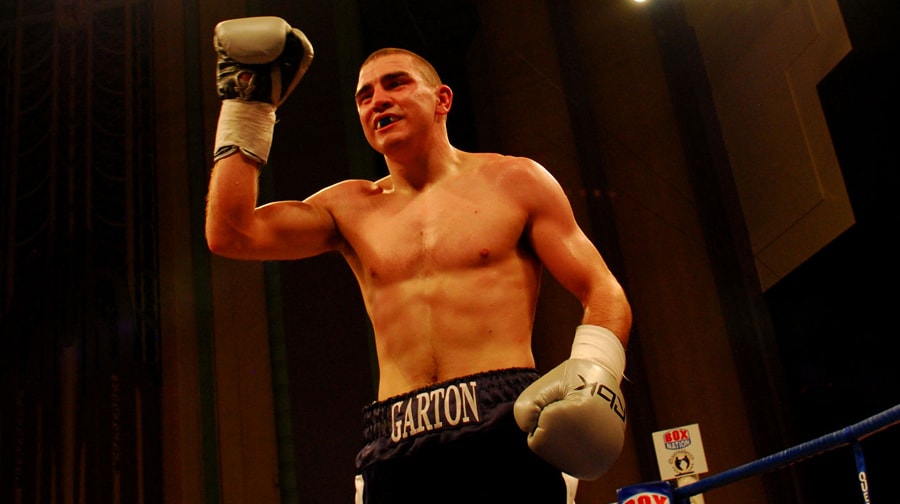 Peckham fighter Johnny Garton was crowned English welterweight king on Saturday night after knocking out Ryan Fields in the fourth round of their title clash.

The 29-year-old picked out a devastating left hook that shook Fields to his toes, and the Derby man was immediately counted out after hitting the canvas at York Hall.

Garton said: “It is still sinking in. The fight went better than planned, we were expecting a long hard night and I wouldn’t maybe get to him until the eight or ninth rounds and maybe even lose the first few rounds to get there.

“But by the third round I was in my rhythm and it felt like I could do what I wanted in there, I still don’t know where that punch came from, it was a peach, and the fight was over.”

Garton is now one step closer to a British title after his weekend win, something he said would fulfil a long held boxing dream.

The ex-Lynn ABC man told the News: “When I started out as a pro [aged 24] I just wanted to give it a go and see where it takes me, essentially so I would have no regrets in the future.

“Then I was happy to just fight for the Southern Area title and in my mind I thought I would get to 30 and maybe pack up.”

He added: “But it seems that British title fight I dreamed of is now closer to a reality, I guess if I keep going the money will come from the sport but that is not why I do it.

“I do it for the love of boxing it is still my dream to fight for that British title and I will fight anywhere for it.

“I saw Bradley’s [Skeete, Garton’s stable mate] British title belt and I could not stop staring at it. I know world titles are bigger but for me that is the best belt there is and I hope I get my chance to win one.”

Garton has now picked up five stoppages in his last seven bouts, something that has surprised the Peckham man himself.

He said: “I still don’t consider myself a puncher but I have been getting the stoppages as I come up against better opponents.

“I have always thought the better the opponent the better I am, as they try and throw punches and leave openings. Against journeyman I can’t get those chances and stoppages.”