Ethan admits he’s not at his Pinnock-le yet 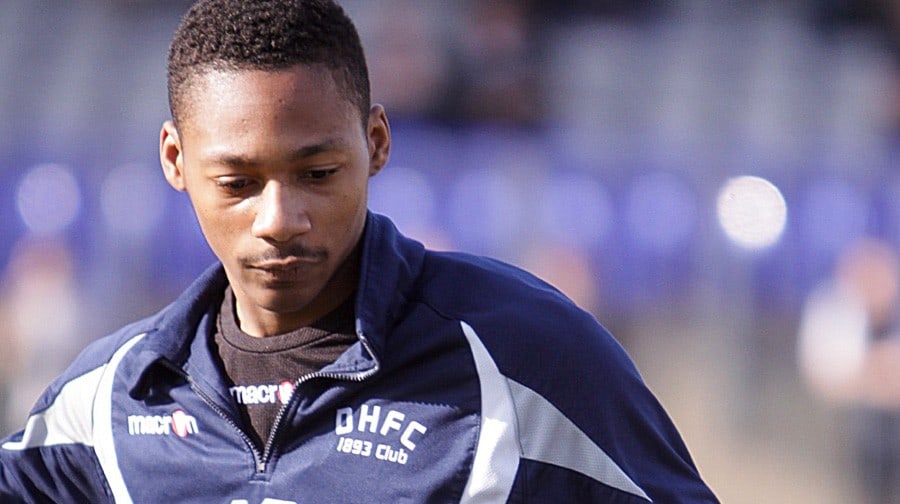 Ethan Pinnock has become a fixture in the Hamlet first team this season (Photo: Dave Anderson)

Centre half Ethan Pinnock thinks Hamlet fans are yet to see the best of him despite establishing himself as a mainstay in the side this season.

With the departure of title winning skipper Peter Adeniyi last summer Dulwich had a big gap to fill in their back four.

But 21-year-old Pinnock, who had been a fringe member of the first eleven before this season, proved he was the man to take up the reins.

Pinnock told the News he never felt he was stepping in the same role as Adenyi. He said: “I never thought of it like that. Peter was and still is a great player.

“But I just had to concentrate on my game and do things to the best of my ability.”

It says something about Pinnock’s consistency level, along with fellow centre-back Terrell Forbes, that the post Adeniyi era has gone smoothly and the laid back youngster clearly brings a calmness to the defensive role.

But he admits himself that other responsibilities the centre back must take on did not fit so easily on his shoulders initially.

He said: “I have not really been a vocal player in the past. But as part of my development that is was something I could get better at.

“This season I have improved in that respect but you can always improve further. But game by game I feel I am getting better and better.”

Pinnock told the News that as long as two years ago Hamlet manager Gavin Rose told him he had what it takes to play a pivotal role at the back.

“Gavin said from a year or two ago he could see me playing there but there were one or two aspects, leadership and communication, of my game that needed work on before I could be put in there.” Pinnock said.

Rose has rewarded Pinnock with a new contract in the last week that will see the youngster get some monetary reward for his consistent showings, as well as showing a two way commitment until the season’s end.

The Hamlet manager also described the 21-year-old as a ‘…model of how a young player should behave…’, praise Pinnock is delighted to hear.

He added: “He’s [Rose] never too high or too low. He is on a level and is fair and tells you how it is. So to hear him say that makes my happy as I know he is a truthful guy.”

Pinnock believes he still has a lot to learn but clearly has come a long way this campaign. Although he has no desire to leave Champion Hill he also stated that he now believes he can play at a higher level, although he is aware the road ahead will be difficult.

Consistency has become a byword for Pinnock’s showings at the back this campaign but he was also quick to praise Hamlet fans, who he feels put in displays of similar consistency.

Pinnock said: “I think the fans have been excellent this season, both home and away and whether we win, lose or draw.

“They are always there and they are loud and I just think the support from them has been brilliant.”

Pinnock has gone from a bit part player at Champion Hill to one of the first names on the team sheet  very quickly, it seems he has found his role and his feet too and is clearly blessed with a fine attitude. He may well be a player on the up in the game as he hopes.