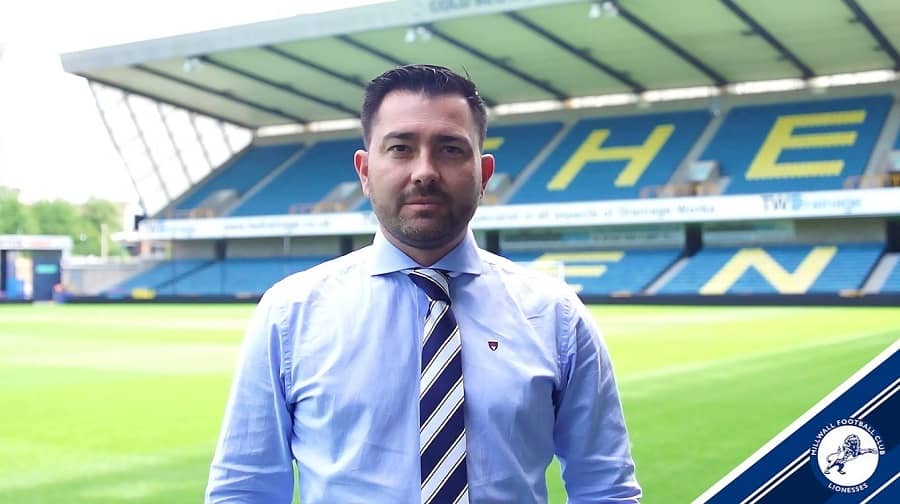 PEDRO MARTINEZ Losa, Millwall Lionesses’ director of football, wants to reassure fans that the side’s current results are partly down to the “evolution that is happening inside the club” this season and he expects the team to improve in the future.

As part of the club’s restructuring following financial difficulties last season and manager Lee Burch departing for Premier League side Yeovil ladies, Losa was appointed as director of football to work with new first team manager, Chris Phillips, both of whom were together at Arsenal Ladies in 2014.

Martinez Losa is renowned for his success in developing women’s football clubs. He started his career managing Rayo Vallecano Femenino in Spain where he won three consecutive league titles between 2009 and 2011. He was then recruited by Western New York Flash in the United States as assistant manager where he oversaw the establishment of their academy and helped the first team to become joint-winners of the National Women’s Soccer League.

He joined the Lionesses last summer.

“The opportunity to bring the club up from scratch and put the club in a stable situation,” he said when asked by the News what attracted him to the role. “And step by step we are building the foundations for the future and helping build one more chapter in the women’s game in the UK.

“I have done it before on a few occasions, at Rayo Vallecano we started at the same point. At Arsenal we did not start from the same point but we had to move through to professionalism also.”

The Lionesses are currently winless at the bottom of the Championship, but Martinez Losa explained that results were not the priority for the first half of the season.

He continued: “We are trying to give the players the right tools to compete at the highest level. It is about putting down the fundamentals to make the players understand properly so that they can perform well and become competitive with those tools.

“It is not about one thing or the other, it is about making progress and ensuring that we are at the top of our game.

“I have some ideas and influences from top people in my career. I was lucky to work with people like Mauricio Pochettino when he started and he is now at Tottenham.

“But I am still learning here.

“You learn from the game, you learn from the coaches around you and it is a constant evolution. I am a very different coach now than what I was maybe five years ago, but it is one of the main qualities to have in football. You have to adapt to your players and to your club.”

When Martinez Losa arrived at Millwall Lionesses, Georgie Giddings and Leanne Cowan were the only players registered to the senior squad.

He knew it would be a difficult start to the campaign after they added a host of youngsters to their squad.

“We were put in an unusual situation when we arrived as we only had two players. Obviously we had to bring in new players and we had the challenge of four or five new teams being introduced in the Women’s leagues, such as Charlton and Manchester United coming into our league,” Martinez Losa explained.

“It was a challenge, we were lucky to put a team together to be honest, we knew the girls were going to be young and inexperienced. I told the girls very clearly that I do not expect them to win games, I just wanted to see progress.

“We put a time frame from summer until Christmas, as we knew it was going to be the time when we would be suffering most because of the adaptation of the team and the links with the staff.”

The Lionesses have improved their performances recently. A draw with Sheffield United and then a battling 3-1 defeat to Premier League champions, Arsenal Ladies, in the Continental Cup have put some optimism back into the club.

Martinez Losa hinted that now that the fundamentals have been set out he expects the team’s performances to slowly improve in the second half of the season.

“It is clear an evolution is happening inside of the club as we needed to put some foundations down,” he said. “For instance, video analysis is now working perfectly with the players and their individual plans are also working perfectly, which was not quite there in September.

“Now, we can focus on improving the team. I think the results are a consequence of what we are trying to do behind the scenes. We are virtually an under-23s team competing at a professional level and that is a challenge.

“The positives are that the staff and the players are great, they come in with a smile on their face every day. Of course when we do not win a game they go home unhappy but then on Monday they are back smiling with energy.

“We know that it is part of the process, but that does not mean we do not have ambition this year. It is this season that is a good opportunity for us to build a structure because there is no relegation.

“It is the reason we made this decision, because maybe [if there was relegation] we may have gone for a different type of player. This season we are able to keep our integrity and develop our young players.

“The identity of the club still has to remain even if new people, like myself, have come in. It is about the players that we produce and that was our obligation to the club to carry on doing that.”

Southwark NewsSportExclusive: Millwall Lionesses chief on why results are not all important