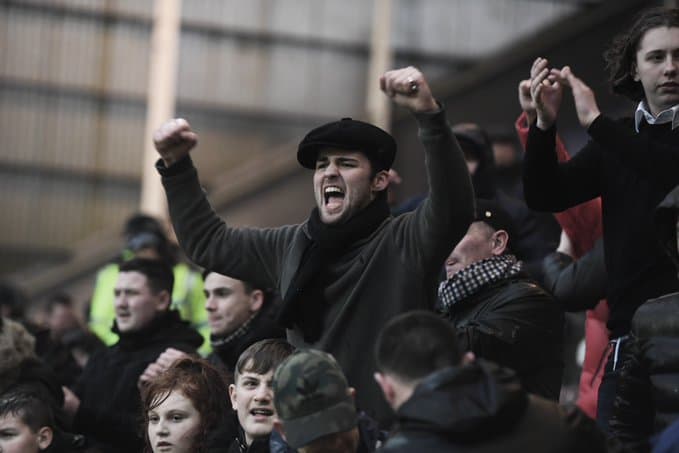 Gary Rowett hailed Millwall’s “magnificent” fans after the Lions’ travelling support braved Storm Dennis to follow their team to Preston where they were rewarded with a 1-0 win.

Shaun Hutchinson’s 78th-mimute goal gave Millwall the three points and the squad, led by Alex Pearce, went to the away end to salute their fans after the final whistle in the driving rain.

The Lions hadn’t won away in the league before Rowett took over from Neil Harris in October, but their victory at Deepdale was their fourth on the road this season.

“Our fans have been magnificent all season, certainly since I’ve been here,” Rowett said. “We’ve given them some decent away days, we didn’t win enough games earlier in the season away from home. But we’ve started to be really competitive and we feel like we have at least a chance to take points.

“[It was] a horrible day, it was a difficult journey for the fans, with the forecast and everything, but they’ve turned up in big numbers again. As did the Preston fans, they got behind their team and tried to help them.

“Our fans were fabulous. We’re just really proud they want to follow the team this far and give that support for the whole of the game.

“Even when we hadn’t scored they were still behind us, pushing us forward. It was nice at the end that the players could go and show that respect back.

“Hopefully they’ve had a decent afternoon.”