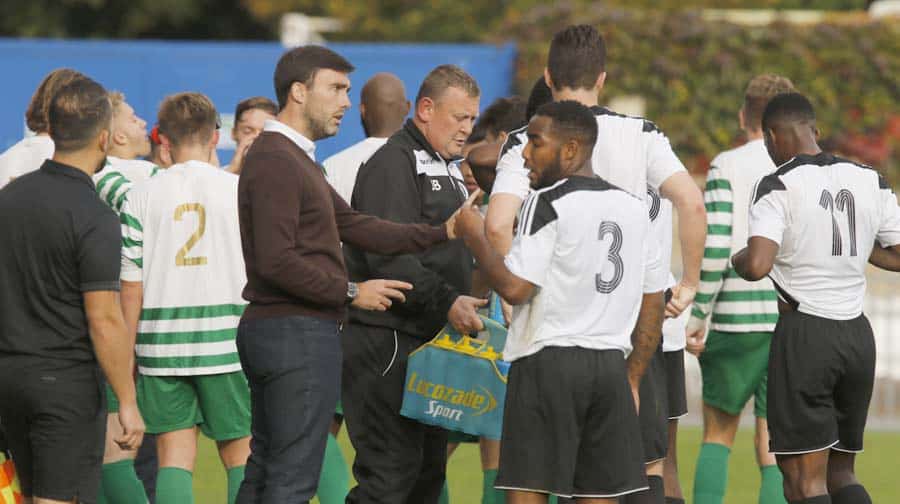 Fisher FC may have lost their latest league encounter at the weekend but in the last seven days other results have ensured they will avoid relegation this season.

On Saturday the Black and Whites fell to a 3-0 defeat against Corinthian at Champion Hill with Michael Hagan netting a brace and Ryan Croucher also scoring for the visitors.

But by the weekend the Fish knew they would be plying their trade in the Southern Counties East Football League next season as midweek results meant they were mathematically safe from relegation.

The critical contest was a 6-0 reverse suffered by bottom side Holmesdale that meant they had failed to avoid the trap door this season. After Saturday Fisher are only one place above Holmesdale in the table but are three points off thirteenth place in a congested bottom half of the league.

Fisher’s achievement is nothing to be sniffed at as they are one of a few clubs who operate with no playing budget at this level, something they will hope to change when they move to their new ground in Rotherhithe next season.

This Saturday Fisher play their final away fixture of this campaign when they travel to Cray Valley PM for a contest that gets underway at 3pm.