Fisher ABC’s Sacha has world in her sights 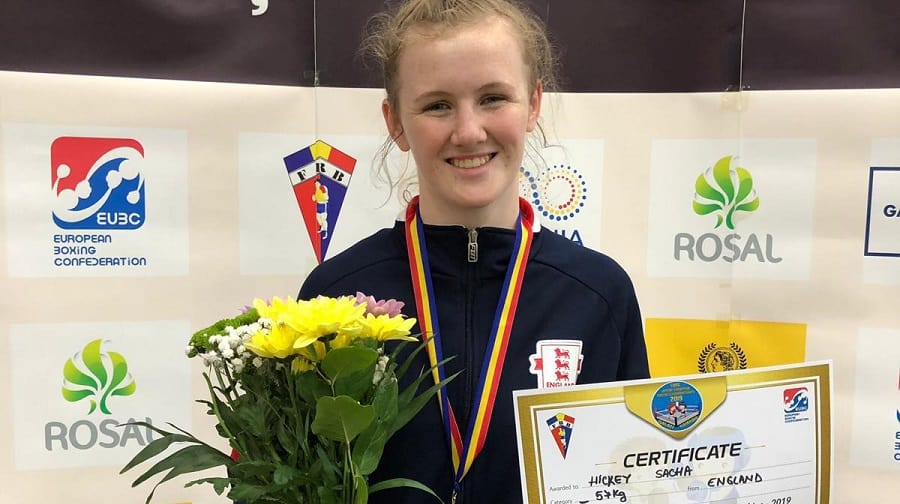 Sacha Hickey after winning a European Junior title in Romania

SACHA HICKEY has the world in her sights after adding a European Junior crown to her already glittering array of medals.

Fisher ABC’s Sacha, 15, scored points wins over opponents from Turkey, Albania, Romania and a Russian in the final, in the tournament hosted in Romania, to go with her Junior ABAs title and Multi-Nations crown.

Sacha, a former Millwall Lionesses footballer, had already claimed the Golden Girls championship in Sweden and has ambitions to box in the Olympics and turn professional.

Her coach, Fisher legend Steve Hiser, explained the foundation of her success and the work ethic she shows at her Druid Street base.

“I must say she’s always in the gym, she spars with all the lads,” Steve said. “They don’t hold back on her and she gives as good as she gets, and lots of times she comes out on top.

“Sacha’s a fan of [Irish world champion] Katie Taylor and all those girls. Hopefully next year she should be in the Junior World Championships.”

Southwark NewsSportFisher ABC’s Sacha has world in her sights